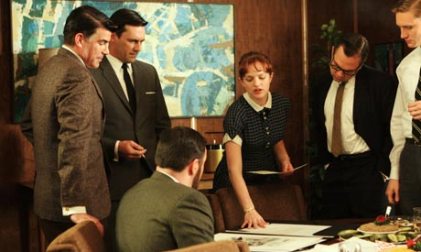 I’m convinced I have a strategy that allows me to get a meeting with any person I want, no matter how famous, rich, busy, or difficult they are to reach. Why? Because I’ve tried it, and my success rate so far is 100%. It just doesn’t fail.

When I was interviewing founders for my book, Startups Open Sourced, I had a few names on there that I just shouldn’t have been able to get access to. It’s one thing to reach out to my immediate network and get meetings, but there were people who I didn’t have any connections in common with and it was a crapshoot at best to think I could get them to respond to one of my e-mails, let alone agree to give me one to two hours of their time for an in-depth interview.

I only discovered the hack as I wrote the book though. It came from an unsuspecting place. I asked every founder I interviewed what their best non-technical hack was, and one answer I received was particularly interesting. Evan Reas, the cofounder of LikeALittle.com, had some interesting answers to my other interview questions, like how he took $10,000 from his parents at the age of 16, lost $8,000 of it in two weeks, and made more than $200,000 with the remaining $2,000 by constructing stock market algorithms.

That’s only one of a few very interesting things I discovered about LikeALittle. But the one thing that stood out during that interview for me is Evan’s answer to my question: “Tell me about the time you most successfully hacked some non-computer system to your advantage.” His answer will undoubtedly leave a lot of people shaking their heads, thinking “well, that’s just desperate—and annoying! Whoever tries that would be an idiot.” That’s how some people respond to the “hustler” type of advice I give to students, such as how to Infiltrate Any Startup (which recently worked incredibly well when Loren Burton tried it and got the Airbnb CEO to contact him within hours of posting the site—he says the blog post gave him a great boost in the right direction to apply for a job at Airbnb).

Here’s the answer I got from Evan:

I’m very confident that I can get access to anybody in the world and get in front of him or her. So one guy, specifically, that is now an investor in our company—an advisor and investor—I sent him 12 emails. Every single month I would send him an email and give an update and say, “Hey, here is what we’re doing, here is what is going on, we’d love to hear your thoughts, whenever. You’re just an awesome guy so we want to get in front of you.”

I think I did this for six or seven months, then after that I was like, “Okay, I’m going to send you an email every single day for the next month and if you don’t respond, fine, but I’m going to keep sending them to you until you respond. If you tell me to stop, I’ll stop, but I think you’d be really helpful, here’s why.” So every single day at the same time I would send him an email that said, “Here is what’s going on, let’s chat, talk to you tomorrow.”

I think it was after six or seven of those emails he finally said, “Okay, let’s go grab coffee.” So we grabbed coffee; he was an awesome guy. I told him he was awesome and it turned out that he would be an advisor and an investor in the company as well as an awesome mentor. So I think it’s all about perseverance, persistence, being able to keep pushing and getting things done.

That might not sound like much, but let me summarize the points in cased you missed any of that: You’re talking to someone important who isn’t responding to e-mails. This demonstrates interest on your part, but at this point you have three choices: you can either keep doing what doesn’t work and expect things to change, you can give up and quit, or you can try something else. This is the time to escalate. 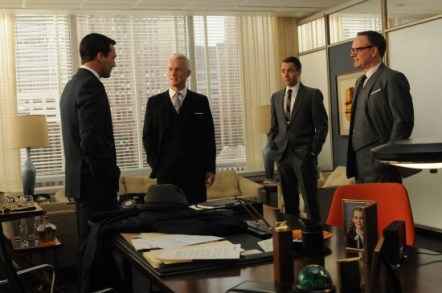 Here are the a few simple yet important rules to follow when you’re using this strategy.

Rule one: Find a schedule and stick to it. Tell the person you’re going to send them an e-mail every day for the next 30 days, or whatever time period you’d be happy with knowing you tried your hardest if you do decide to quit and give up. Then add a reminder to your phone because you’re already busy; probably just as busy as the person you’re trying to reach. If you’ve got an iPhone, this means just pulling up your calendar, setting an event for 9 PM every night—or whenever you know you’re most likely to be at a computer—setting it to repeat daily, and then acting on it consistently. Don’t plan on missing any of these. If you know you’re going to be away for a period of time, don’t commit to this plan.

Rule two: Be respectful. Tell them if they ask you to stop, then you will—and stop if they ask you to, don’t keep asking. There’s always a fine line between persistence and desperation, and you don’t want to cross over into desperation. This requires some personal judgment skills, and you can apply this to a lot of other situations that require some degree of persistence, so always check yourself and ask “am I acting desperately, or am I acting persistently?” I’m not sure there’s a rule to know when you’re one or the other; I listen to my gut feeling first, and then I reason with myself.

Rule three: Make the reasons for meeting good. Don’t just come up with lame excuses for why someone should meet with you. Put some thought into it, and actually sell the person on how they’d benefit from meeting you. What do they get out of it? Evan had been talking to—or “at”—this investor for 6 or 7 months. Here’s what probably happened: this investor read the e-mails, and there was probably no clear call to action other than “hey want to meet up sometime?” There was probably no sense of urgency. While the updates may have been somewhat interesting, the investor probably thought “ok, well I’ve got 500 other e-mails in my inbox, I should probably get to work on those. This was a good read, maybe I’ll follow up some day.” Then they hit the “archive” button and forgot it was ever sent. They might have seen some other messages and had the same reaction.

Busy people and investors all have one thing in common: they all have inboxes full of e-mail, and it’s in their DNA to churn through that stuff quickly. They don’t want their inbox to stay full; they want to handle things quickly. So now your proposition is offering an opportunity cost: either you can allow my 30 e-mails over the course of a month to reach your queue and take up a portion of your time which consists of me trying to sell you, or we can get right to the point and talk and skip over all these e-mails. In some sense, the busy person already feels a sense of accomplishment because by answering to one of your e-mails, they know they’ve staved off 25 just like it. Use that to your advantage.

Busy people protect their inbox mail count, and they might go out of their way to prevent unnecessary clutter—though anyone could reasonably argue there’s a “spam button” for a reason, but I think it’s more painful for someone to click that rather than just agree to take a meeting. Most people started out as nothing, just like the people trying to reach them, and to click that “spam” button would be rejecting a core part of the Entrepreneurs Oath (the unofficial equivalent of the doctor’s Hippocratic Oath): “I will remember that I and my company remain a member of society, with special obligations to all my fellow human beings, those sound of mind and body and well as rich and poor.”

Investors want to help entrepreneurs out and make them succeed; that’s a fundamental trait that exists in the good ones. When you try this tactic, you’re sort of saying to them, “If I had one chance to exercise my Entrepreneurs Oath rights, it would be now. That’s how serious I am about doing this meeting.”

Tip: Follow up on other mediums if possible. If you’re on Twitter, it might be saying something like “hey, I’ve got reason #2 coming tomorrow, I know you’re super excited about that. Wait for it!” (I tried this with Dennis Crowley) If they have a fan page, you might go on there and tell the fans what you’re trying to do, and to vote up your comment if they support it (I tried this with Husky Starcraft). However, don’t expect this tactic to work if you’re only using Twitter. People already get tweets, and they have no real obligation to read them. There’s very little sense of urgency there, so try to invest most of your time finding out the correct e-mail address.

So now that you’ve got the base rules, go for it. Be sure you have the right contact information. You can’t always get e-mail addresses, so try to find someone on Twitter and send them messages once per day. Here are some of the people I’ve landed meetings with by using this tactic:

Short follow-up e-mails seem to work best. Get to the point; ask what you’re trying to ask after you’ve got their attention. If they don’t immediately respond, see if there’s something wrong with your own e-mail. In the case with Mike, I suggested a time the following week, and after receiving no response for a day, I realized he probably wanted to do it sooner. I e-mailed back again and said “how about tomorrow or the day after” and we had it scheduled.

The end result of all these interviews is that the founders thought it was a positive experience. Nobody has complained that it was annoying or distasteful. In fact, the results turned out great for everyone—Mike publicly said the interview was fun, I asked interesting questions, and the community loved it. They saw that I was being respectful and persistent, and for that, I was able to get a meeting with anyone I wanted.

If you liked reading this, you’ll enjoy Startups Open Sourced. A special offer is available to VentureBeat readers for 50% off the regular price today only. Grab the Kindle version here for $4.99 (regularly $9.99).

Jared Tame started GraffitiGeo as an undergrad at the University of Illinois at Urbana-Champaign, which was sold to Loopt in 2009. He recently wrote Startups Open Sourced to interview some of today’s most successful startups (Grooveshark, Airbnb, GitHub, reddit, etc.) to talk about difficult questions most entrepreneurs face, such as how to stay motivated, raising money, hiring employees, acquisition process, finding cofounders, and coming up with and validating ideas.