It’s now been one year since the 2016 election, which, if you believe the steady drumbeat of news articles in the months that followed, served as a “wake-up call” for Silicon Valley that it was failing to connect with the rest of the country.

In that year, Silicon Valley hasn’t magically hired thousands of laid-off factory workers. But there have been signs that the tech industry recognizes that it can’t just keep hiring within Cupertino, Mountain View, or San Jose forever. How much of that has been driven by politics and how much by supply and demand is up for interpretation.

Tim Cook and Mark Zuckerberg have both spent time visiting with companies in the Heartland. Individuals like former Uber exec Brian McClendon have left Silicon Valley to return to work in their home states. And of course, there was the news that Amazon will create a second headquarters somewhere in North America, which if it brings the 50,000 high-level jobs it promises to, could create an entirely new tech locus.

The area where I think more progress needs to be made is in distribution of venture capital. Most of the entrepreneurs I’ve talked to outside of Silicon Valley this year say that the VCs they meet with are still hesitant to invest in an entrepreneur who’s not a 10-minute drive away. Venture capitalists, not philanthropists, have the power to fund the startups to really grow cities outside of the coasts into business hubs — not just photo ops.

P.S. Send feedback, news tips, or story suggestions to me via email — bookmark our Heartland Tech Channel, and please remember to share these #HeartlandTech stories on Twitter, LinkedIn, and Facebook. 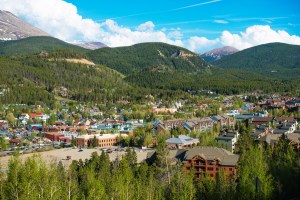 Colorado’s rural startup fund sets a model for the nation

If it seems like rural Americans face an uphill fight, it’s because they do. Research shows that job growth in rural areas significantly lags job growth in urban areas and still has not returned to 2008 pre-financial crisis levels. Prime-age (25-54) workers in rural areas are also poorer than their urban counterparts, and a disproportionately high […] 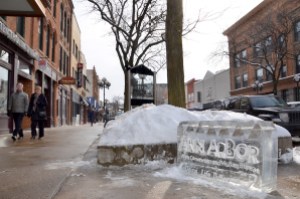 ANALYSIS: Last month, Ann Arbor-based startup Duo Security announced that it had raised a new $70 million round, valuing the company at $1.17 billion. That made Duo Security — which creates a two-factor authentication app for enterprise companies — the first unicorn company in Ann Arbor, and its $70 million series D the largest round of […] 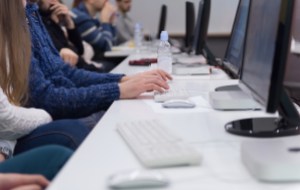 Employers are overlooking some of the Heartland’s best tech workers

When we think of tech hubs, images of San Francisco or New York may come to mind — but these coastal cities aren’t the only ones with thriving tech communities. Heartland cities like Kansas City, Cincinnati, Indianapolis, and Detroit rank among the fastest growing cities for tech jobs. In March, CompTIA published its annual Cyberstates […] 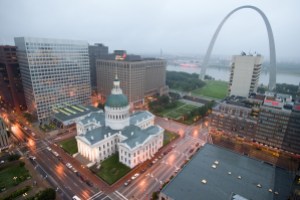 Why I moved my company from New York City to St. Louis

Boundless recently moved its headquarters from New York to St. Louis, and we couldn’t be more excited. Some of the reasons for moving our five-year-old company are unique to our business, but others reflect St. Louis’ surprising uptick in entrepreneurial activity and its attractiveness as a place to live, especially when compared to outrageously expensive […]

The eight-year economic recovery has been unevenly spread. Rising housing costs can be a drag on growth, because they deter worker mobility. And housing supply lags demand. To make sense of it all, Mark Fleming, chief economist for title insurer First American, contrasted cities’ housing costs with their employment in the five fastest-growing “advanced industry” (A.I.) sectors identified by Brookings, such as automotive or engineering services. (via Inc.)

33% of U.S. cities have a “very poor” relationship with sharing companies

As companies like Uber, Lyft, and Airbnb have set up in cities, they’ve often been greeted favorably by many consumers but run into issues with city officials. Even in the more startup-friendly environment of the United States, the companies have faced regulatory obstacles, particularly around public safety and labor rights. Uber and Lyft were banned in Austin, for instance, before they appealed to state legislators and got their businesses reinstated. Airbnb is under heavy restrictions in New York City, though many hundreds of rentals are still available. (via Fast Company)

How Seattle fell out of love with Amazon

It’s been nearly two months since Amazon served notice that it’s ending its exclusive relationship with Seattle and looking to see other cities on the side. Since then, the mega-retailer has received 238 bids for HQ2, its proposed second headquarters. These are places that are volunteering to pick up where Seattle left off, becoming a “full equal” with a headcount of 50,000 jobs, many of them superbly well-paid. (via CityLab)

How to build a startup ecosystem

Chicago’s startup ecosystem is exploding. But so are others all across the country and around the world, with varying levels of success. I wanted to talk about the mix of ingredients that are needed to make a startup ecosystem thrive over time, so leaders in your local communities can have a blueprint to follow to propel your local startup ecosystem, and hopefully, your own success in the process. (via Entrepreneur)