Heartland communities now have another success story to cite when skeptics wonder whether billion-dollar businesses can really be built outside of Silicon Valley. Ann Arbor’s Duo Security last week announced that it was being acquired by Cisco for $2.35 billion. Considering that Duo, a security startup that develops enterprise multi-factor authentication solutions, was last valued at $1.17 billion — I’d venture that its investors are pretty happy with the outcome, as well.

It’s too early to tell just how much of a presence Duo will continue to have in Ann Arbor in the coming years, but Cisco said it remains “committed” to investing in Southeast Michigan, citing the area’s rich talent and infrastructure as positives.

I spoke with Duo Security cofounder and CEO Dug Song this week about the acquisition and Duo’s journey.  Below are some highlights from our conversation:

Why Duo decided to sell to Cisco

“Cisco is one of the largest tech companies in the industry today and is on a pretty big journey, not just in the cloud but also in security. They’ve obviously been in both businesses for some time, but as we watched over the last few years, a shift [is] passing there that’s basically a similar kind of change that Microsoft has been facing in the last four or five years. That’s where it’s been really exciting [and we felt] that we can help Cisco.

“A large part of our consideration around all this was the fact that a deal like this has a huge impact on a community. I’ve seen this not only for Martin’s [Roesch, chief architect for Cisco’s Security Business Group] company SourceFire and what that looked like for the Maryland and Northern Virginia area with respect to cybersecurity, but also for friends like Scott Dorsey, who was the founder of ExactTarget … and the impact that had on … really the acceleration of the tech community in Indianapolis.

I’m already getting a lot of interest from investors asking, ‘Well is there another Duo in Ann?‘ I say, ‘Well not right now, but there’s hundreds of potential ones that I can point you to‘.”

How Song and his cofounder connected with Silicon Valley investors

“I’m not sure how much folks will be able to extrapolate from my experience, because every business is unique, but a few things: As a founder, my background as a technical founder specifically comes from having created a lot of open source tools and software that many people ended up using … things like that help become a little bit of a calling card.

And everyone asks Puneet [Agarwal of True Ventures, Duo’s first institutional investor] what his thesis was and why did he come to Duo in Michigan to check us out. It’s because he did a lot of backchannel [sic] about us. He didn’t even know necessarily what we did, but he knew that every single person who he asked about us said, ‘Oh yeah, those guys are great, and they write great software‘.”

On finding talent in Ann Arbor

“I think from my perspective, what investors have typically seen here is — I’ve been able to build a world-class team, even when that team has for the most part all been doing their jobs for the first time …. by and large, we have much more of what some investors might call a bit of a ‘rookie team‘.

I believe talent is equally distributed, but opportunity is not — and the opportunity you have in building a startup, which has to think different than what’s come before it in order to be successful, requires you to find people that sometimes aren’t so completely inundated with [the] Silicon Valley kind of cult of how you do things.“

Check out this video from Bloomberg, “The AI robots that want your jobs” 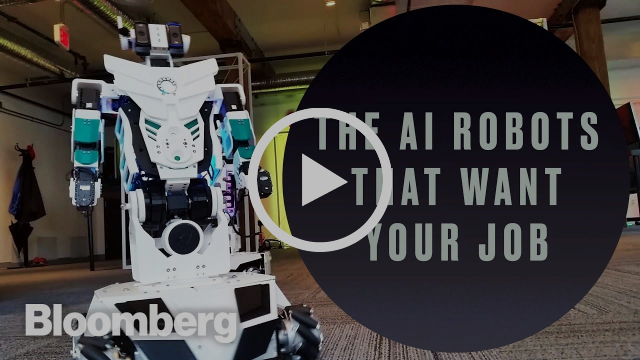 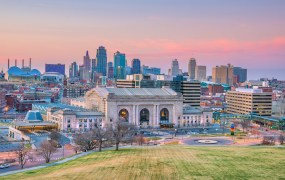 GUEST: The Midwest is a great place to live, sure, but is it a great place to grow a startup? The answer may surprise you: an unequivocal yes. Here’s what you may not know about the American Midwest: Over the past three years, startup ecosystems all over the region —  in places like Kansas City, Cincinnati, Minneapolis, […] 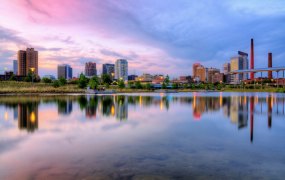 GUEST: Alabama is not exactly startup central. But the Innovation Depot, a collaboration between the public and private sector, has generated unique programs that provide the startups that do choose to build their companies in Alabama with a more tight-knit support system than they might get in a more mature startup scene. 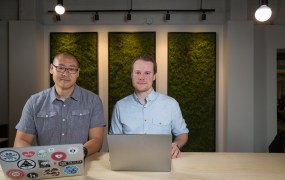 Cisco is buying Ann Arbor-based Duo Security for $2.35 billion in cash and assumed equity awards, the IT giant announced today. Duo Security was valued at about $1.17 billion as of its last funding round. The company is best known for the two-factor authentication app it created for enterprise companies, and it counts Etsy, Yelp, […]

Jared Evans, a member of the Indianapolis City-County Council, is proud that the city is among 20 finalists for one of the most coveted prizes in the country: the planned second headquarters of Amazon. He does, however, have one small question: What financial incentives did his city dangle in front of Amazon? “What have I been told?” Mr. Evans said. “Absolutely nothing.” (via New York Times)

Opportunity Zones, created by Trump’s tax law, are meant to help the heartland thrive and make the country more equal—but can they pull it off? Fresno Calif.—Census tract 06019000100 has a lot going for it. Locals cheer the melting-pot atmosphere, the arts scene, the nearby nature, and the affordable housing—affordable in national terms, which feels all the more amazing given that it is a quick drive both to the grandeur of Yosemite and to the tech hub of the Bay Area. (via The Atlantic)

Shipt, a Birmingham-based $550 million tech firm, announcing that it planned to hire 881 new Birmingham-based workers. Alabama Governor Kay Ivey, Birmingham Mayor Randall Woodfin, along with a handful of city councilors, Jefferson County Commissioners and representatives of business and development groups gathered Thursday afternoon for the formal announcement at Shipt Headquarters in Birmingham to celebrate in the Magic City rather than relocate to established tech hubs in California, or in Minneapolis. (via AL.com)

Building an Innovation Ecosystem in the Heartland

How do you build an innovation ecosystem in the heartland? There’s no simple answer. Some say you need to have an active startup community, others focus their innovation efforts with research institutions, and then there are some who put all their chips in the corporate innovation corner, depending on patterns of digital disruption within specific industries in their cities and regions. (via Medium)