Creating and presenting revenue forecasts to investors is always tricky for startup founders. Forecast too high, and they won’t believe you, forecast too conservatively, and they may lose interest.

To get a sense of how the average startup is assessing its growth potential, my company, Equidam, has collected financial projections for more than 15,000 early-stage ventures across 78 countries. We looked at the latest year of financials plus the next three years of forecasted revenues. 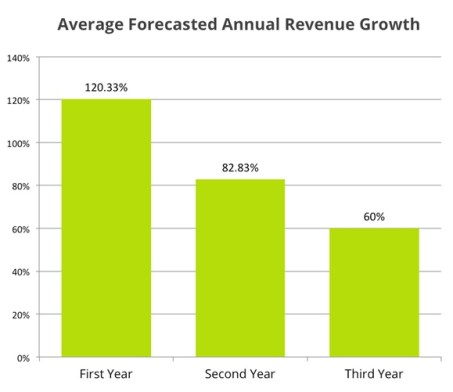 Growth rate projections, however, vary widely by industry, country, and stage of development of the venture. Companies that start from scratch will, of course, find it easier to grow their revenues at higher percentage rates since a small number is easier to double than a large one.

To benchmark the companies against the size factor, we divided them into three classes of YTD revenues: $1k to $50k in starting annual revenues make up the “small” group, $50k to $250k the “medium,” and above $250k the “large.”

Not surprisingly, US “small” companies are the most ambitious, forecasting 740 percent growth in their first year. 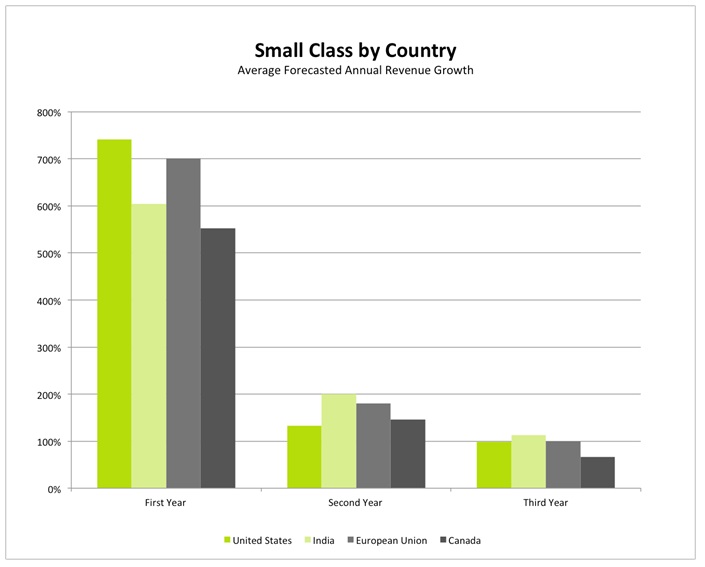 They do, however, align with other countries for the following years, growing more conservative as they grow larger.

The medium and large groups tell a different story. Once the company is slightly more established, the ambition mostly comes form India and Israel, which outproject their American counterparts. 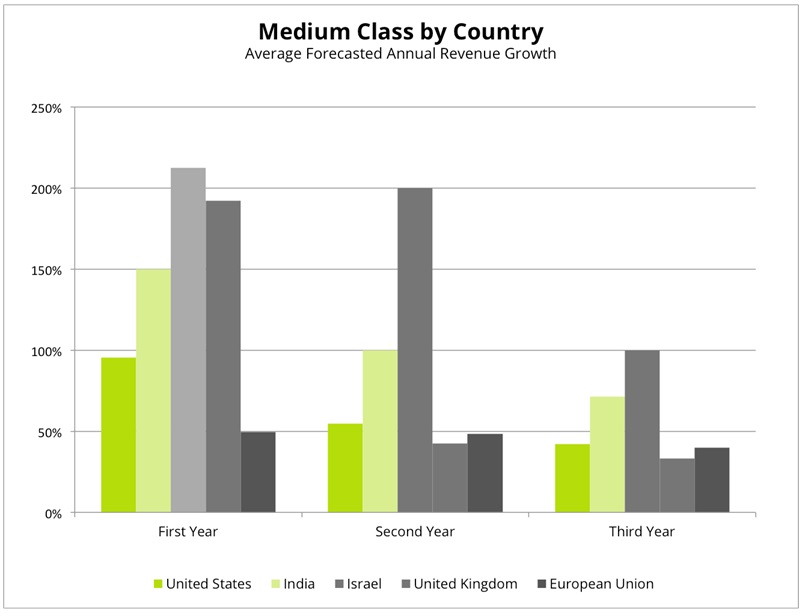 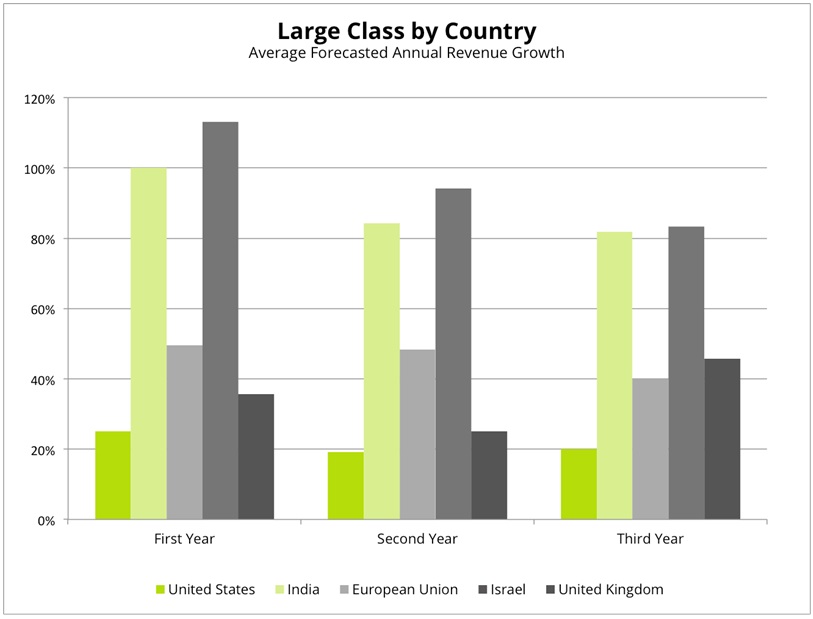 The sector with the highest growth expectations is …

And what about the different sectors?

Well, the sector that projects the highest growth rates is financial services, with a 308 percent average growth projection for the first year, 143 percent for the second, and 86 percent for the third.

If you look only at the small class, financial services startups project a whopping 900 percent during the first year.

The second year is led by Internet companies, while the third is led by wellness and fitness. 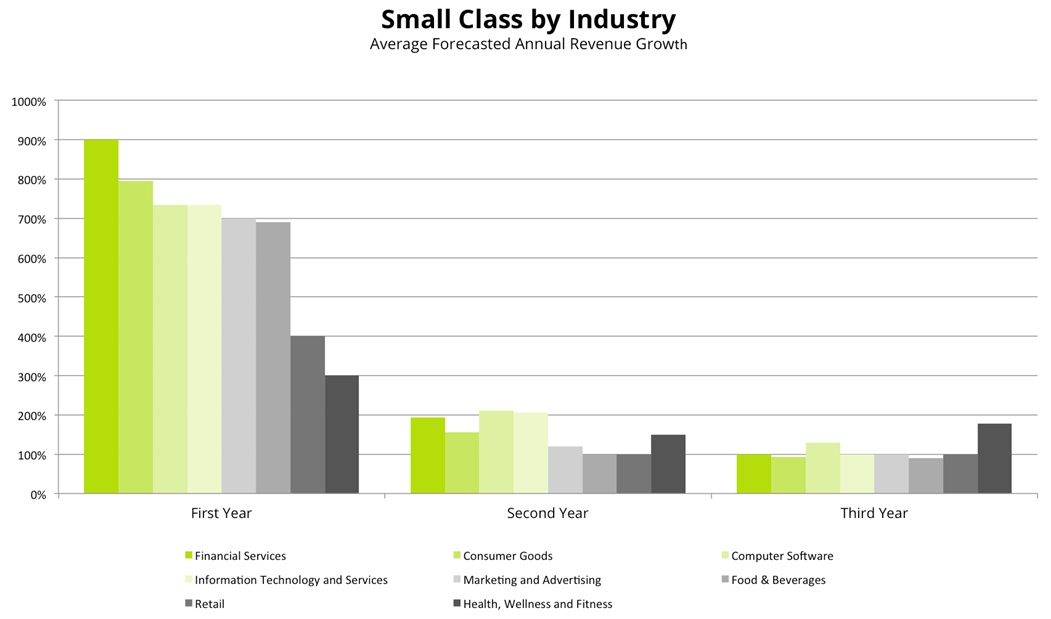 As companies grow a little larger, we see that consumer goods players expect the highest growth, while wellness and fitness slides to last position. This seems to reflect a higher potential market size. Consumer goods have a larger total market, and if they display strong competitive advantages, on average their opportunity skews toward large returns. 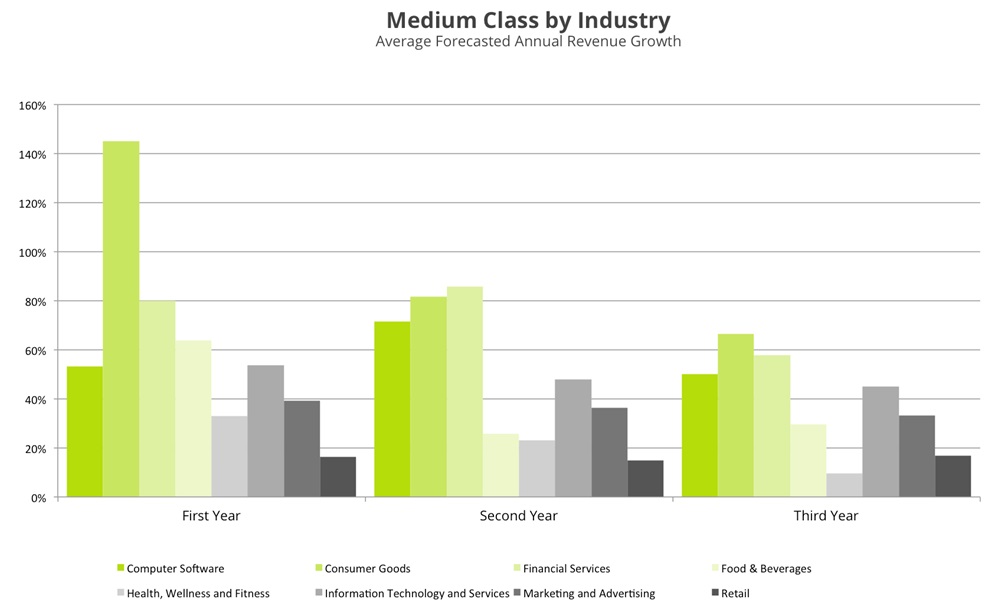 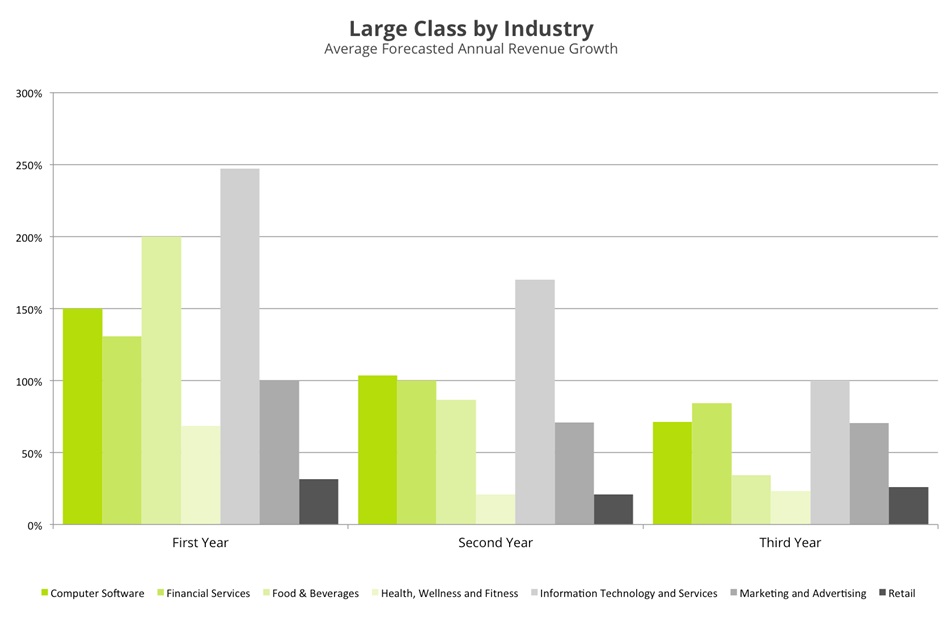 Naturally, companies in the small class have the largest growth percentages. Surprisingly, though, they forecast final absolute numbers that are larger than the medium and large classes. We see this behavior very often. Companies that have yet to prove some of their key assumptions are overly optimistic about their future. Then, as they test, iterate, and grow, they learn to better forecast their growth and generally end up with lower projected revenues.

24 months from $0 to $1 million in annual revenues

We see that pre-revenue companies tend to be overly optimistic. Projecting financial performance when the company might not even have a product is complex. So is the over-estimation just a reflection of its complexity?

To counteract this phenomenon, we looked into the forecast time from zero revenues annually to $1 million.

With this, we really wanted to investigate the early days, the days where founders are struggling for cash, are bootstrapping, but are still dreaming of the future. And the results are surprising.

We first looked at the projected time to $1 million revenues by country. Interestingly enough, across five of the largest startup ecosystems — the US, India, Israel, the UK, and the EU – founders’ ambition and time to $1 million revenues are very stable, averaging about 23 months. There are, however, differences. US startups show higher ambition and forecast a timeframe of 21.21 months on average. Israel is the most conservative of the studied countries, with 24.34 months. 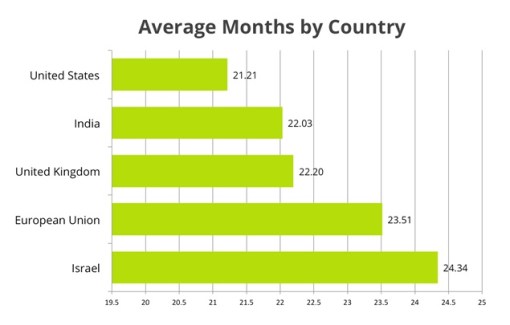 If we break down those numbers by industry, we can get even more insight. Enterprise-focused industries like aerospace, chemicals, and airlines expect shorter timeframes, around 18 months. Consumer-facing companies in competitive industries like luxury expect to reach the $1 million target in 43 months, with research trailing the whole group at 60 months. 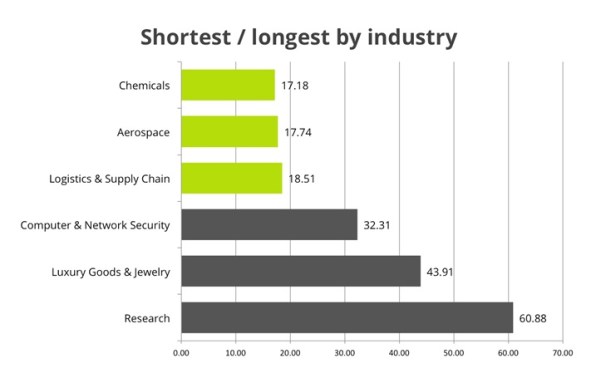 Daniel Faloppa is founder of Equidam, an online valuation solution for startups and private companies.