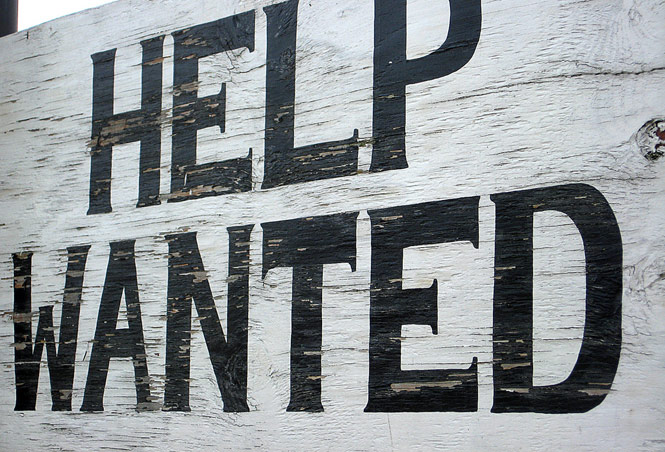 DETROIT — It seems crazy and counterintuitive at first: a job-seeker, who may not have a lot of extra cash, paying for his or her resume to be seen by a recruiter.

In fact, according to HiredMyWay, 80 percent of job-seekers are happy to spend a few dollars to ensure their resume doesn’t immediately get round-filed … or lost in the depths of an automated candidate tracking system.

This tumult is reflects the noise for recruiters and hiring managers, who review an average of 219 resumes before hiring a candidate, according to HiredMyWay. But chief executive Matt Mosher says that number drops by a factor to ten when using his company’s solution.

“Companies are inundated with resumes,” Mosher says. “What we’ve done is eliminate the spray-and-pray by asking candidates to invest a few dollars in exchange for a guarantee that the hiring manager will look at their resume.” 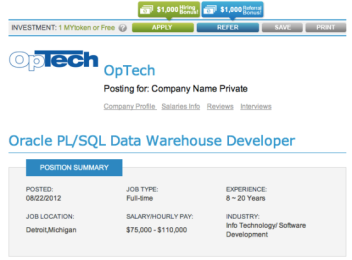 Above: A job on HiredMyWay

The theory is that when no limit exists on the number of resumes a candidate can send out, job-seekers send out hundreds, if not thousands, of applications. But if a cost — $5 — comes with the application, people will only apply to jobs they think they actually are qualified for, can get, and are passionate about.

“We’re a hybrid between a recruiter and job board,” Mosher says. “We provide a company what a job board would give them but offer more of the result that a recruiter would provide.”

It’s free for companies to post jobs. With each job, however, the company posts how much they’re willing to invest to find a successful candidate, from $500 and up. The higher that amount, the more exposure they get on the site, and the higher the referral bonus.

When a hiring decision is made, the cash is split evenly between the referrer, the successful candidate, and HiredMyWay.

Doyle Mosher, the company’s chief strategist, first funder, and yes, father of the CEO, says  HiredMyWay’s system has other benefits.

“Companies have become more scientific and less emotional in their hiring,” he says, noting that companies rely on automated candidate tracking system which filter candidates by keywords and skills. “What we’ve found is that people who have been rejected by hiring systems can come in and get hired via HiredMyWay.”

In other words, once the noise is out of the system, recruiters can focus on the human element again. It’s not just the algorithm anymore. And that, Mosher senior says, helps companies distinguish between people who might not be the perfect candidate when reduced to zeroes and ones, but might just have the passion and drive and determination that will make him or her a stellar hire.

So far, 1,500 companies have posted jobs, and 45,000 candidates have registered, as the company has had mostly a regional focus in the midwest: Detroit and Chicago. HiredMyWay is currently adding 100 new employers a month, but that number should jump quickly as the company expands in the next few months to New York, Boston, San Francisco, and L.A.

After initial self-funding — the Moshers own a successful real estate development business – the company has already raised an initial $3 million single investment round Detroit Venture Partners and a pool of local angels. The money will come in handy in HireMyWay’s planned expansion.

What might come in even more handy is that HiredMyWay has created a recruiting model that is clearly differentiated from so many of the other startups focused on the hiring process.