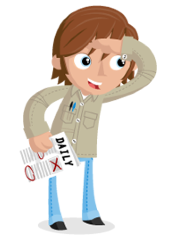 HomeRun hit one out of the park with its recent exit. The daily deals company was purchased by e-commerce provider Rearden Commerce today, which also announced a $133 million round of funding.

Rearden Commerce purchased the company for at least $87 million in shares, according to documents filed with the SEC, but it is not yet known whether cash was involved. Rearden says it will use the rest of its funding for other acquisitions and debt repayment.

In a world where daily deals have become a noisier nuisance than metal music in a retirement home, HomeRun and its primary investor Foundation Capital have found a nice and perhaps timely exit in Rearden. Various deals companies have been backing out of the fray, such as Facebook, which ended its deals program late last month, and Yelp, which pulled back on its deals initiatives at the same time. Groupon’s IPO has also been on shaky grounds. Thus, finding a home soon rather than later may have been a good choice for the deals company.

The purchase may be more strategic, however. HomeRun can benefit from Rearden’s small business reach because of the latter company’s partnerships with American Express, Citi Bank, and JP Morgan Chase. The three banking heavyweights all invested in Rearden’s $133 million round. In turn, Rearden can use HomeRun’s OfferEngine.

HomeRun’s goal is not to just create one-off deals, but rather to foster relationships and create return customers. It created the OfferEngine to this end, which connects the right inventory and deals with the right audience. According to HomeRun’s website, over 180 million potential customers see deals powered by OfferEngine each month.

Rearden will use OfferEngine in conjunction with its Deem product, which “connects buyers and sellers through a one-to-one, personalized marketplace.” The acquirer will also keep the deals portion of HomeRun active as well as its Phoenix call center. These will probably be used for offers projects spearheaded by Rearden’s partners American Express, Citi Bank, and JP Morgan.

The proof that Rearden will really benefit may be in HomeRun’s product pudding, however.

Moldow described Foundation Capital as having a “super majority” in HomeRun. The firm invested in HomeRun in 2009, while Groupon was putting its gears in motion, and was so excited about the company that it invested heavily. According to him, Foundation Capital had a strong relationship with HomeRun and was “actively involved more than normal,” in lining up the buyer, Rearden, and negotiating.

“We always try to make 10x on our investments,” said Moldow. “I would say to you in this investment we feel pretty good about where we ended up.”