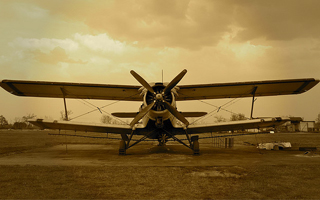 Hopper, a startup focused on travel search for consumers, has just announced it’s raising an $8 million round of funding.

The company was founded in 2007 by former Expedia employees. The service itself is still in closed alpha testing.

What we do know about Hopper’s product is that it won’t be focused on finding prices and itineraries for folks who already know where they want to go and what they want to do. Rather, Hopper will accept natural language queries from users and return a list of destinations and travel options accordingly.

For example, you might user Hopper to search for “Montana horseback riding.” The site would then give you a list of locations to check out, as well as air travel and lodging suggestions. The specific travel options are ranked by several criteria, including price, quality and convenience.

According to a release from the company, Hopper is trying to build the world’s largest database of travel information using cluster computing techniques. Specific technologies involved include machine learning, NoSQL databases and big data processing. Rather than competing with travel search startups such as Hipmunk, Hopper says its focus on natural language search and a robust back end put it more in competition with Google’s ITA travel data service and perhaps even Google itself, once the search giant launches its highly anticipated flight search tools.

Currently, Hopper is based in Montreal. However, the company will soon be moving its headquarters to Cambridge, Massachusetts, in search of what CEO Frederic Lalonde called “a particular kind of programming geek.”

This round of funding is Hopper’s second institutional round. Previously, the startup raised $2 million in 2008. The current funding, which comes from Atlas Venture and Brightspark Ventures, brings Hopper’s total funding to $10 million.