My team and I have been taking a close look lately at how successful European and U.S. companies build global businesses. Specifically, we’ve looked at 94 venture-backed tech companies worth over $1 billion and founded since 2000 to see where and when they expanded internationally. Forty-seven of these were from Europe and the other 47 were from the U.S. 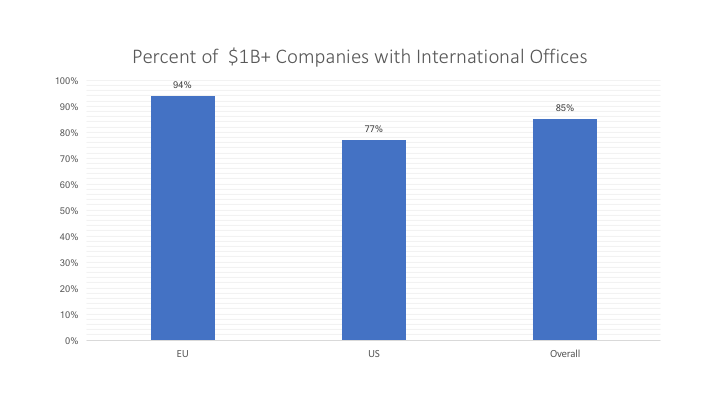 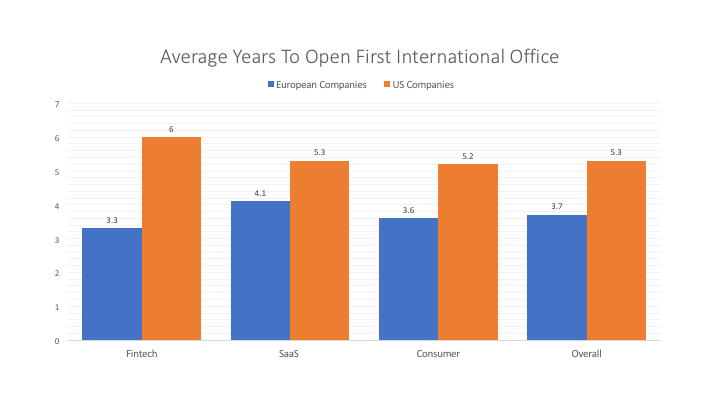 The European companies we tracked expanded internationally 19 months faster than their American counterparts. 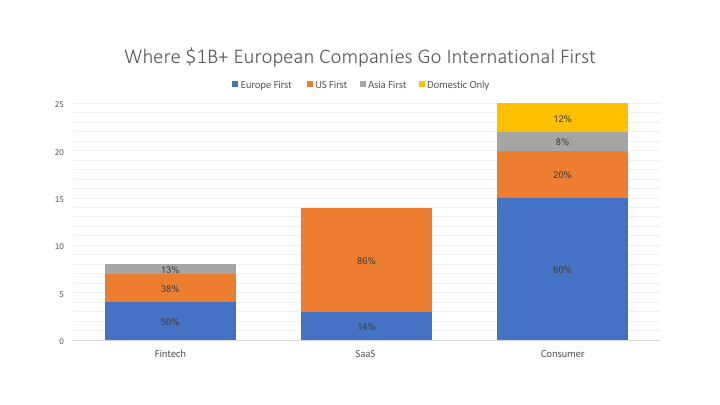 Nowhere is U.S. expansion more important than with enterprise software, which is why we see 86 percent of $1 billion+ European SaaS companies opening their first international office in the U.S.

Getting traction with American companies as early as possible is the best way European SaaS companies set themselves up for success. For example, one of our portfolio companies, Aircall, opened its New York headquarters just two years after launching in Paris. CEO Olivier Pailhes explains why: “We spent four months in the U.S. at 500 Startups, and we realized that the U.S. is the biggest market and the most demanding. Putting a high priority to build a U.S. position — and moving key cofounders there — really helped us to make sure we built our product against the best of breed competitors and the highest demanding customers.”

European founders should think globally and about the U.S. from day one as I’ve explained in two previous posts here on VentureBeat. Here’s how my colleague Bernard Liautaud puts it: “Too often, entrepreneurs who have a first mover advantage stay in the UK, then wait some time to go to France, and then start in Germany, and then Spain … etc. That sequential approach takes too long and by the time the company is ready to cross the Atlantic, a competitor in the U.S. has popped up, raised $50 million and gotten a head start. By then, the first mover advantage is gone, and the fight to win in the U.S. is a much more uphill battle.”

Still, 72 percent of the European consumer businesses expand within Europe first, with most deciding to open their first international offices in neighboring European countries or stay domestic rather than go to the U.S. first. For some products, it’s possible that the total addressable market of Europe is greater than the U.S., and European offerings often find a greater product market fit (due to cultural and geographic similarities) in their European neighbors than in the U.S.

While the U.S. is an extremely important market and most successful companies open offices there eventually, as a consumer business, it is possible to build a $1 billion+ company without heading there. In fact, 23 percent of European giants have done so, reaching just European consumers, or deciding to move to the Middle East or Asia instead of facing American competition head on. 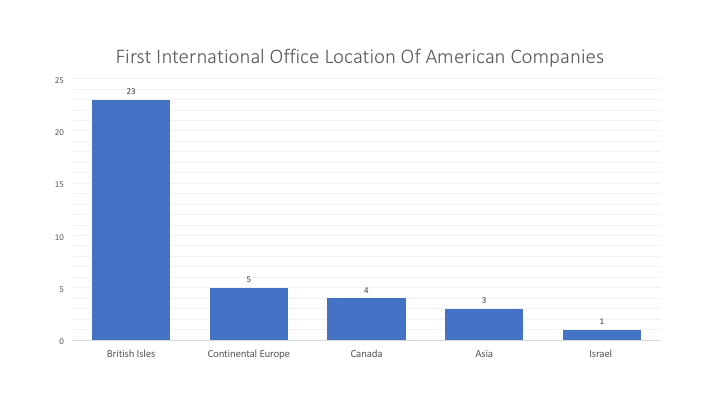 While language plays a huge role, we’re curious to see if this trend continues to play out as Brexit looms. In the future, we also expect to see many more booming tech startups from both the U.S. and Europe consider Asia as a first stop on their path to being global businesses.

About quick note on how we found the 94 venture-backed companies for our study: For the European companies, we looked at companies with $1 billion+ valuation (as of July 2018) founded in Europe (excluding Israel and Russia). We then looked at the highest valued U.S. companies founded since 2000 and took the top 47 by valuation to compare to the European cohort (knowing there are more than 47 in the U.S.).

The full list of companies is here. If you have any corrections or additions, please reach out and let us know.