States around the U.S. face a pressing challenge: where to find the talent to fill 500,000 new STEM jobs in the next decade.

In Illinois, the tech community is looking to the universities to develop new ways of introducing students to STEM careers. Illinois is the second largest producer of computer science graduates in the country, but there is still high demand for a small number of STEM graduates.

To increase this number, Illinois universities are investing in new forms of experiential education outside of traditional internships and teacher-assigned projects, in the hopes of exposing more types of students to career paths they may never have previously considered.

In 2016, the University of Chicago received a $35 million endowment from serial energy entrepreneur Michael Polsky to create the Polsky Center for Entrepreneurship and Innovation.

The Polsky Center encompasses all of the university’s programs and initiatives related to entrepreneurship, including STEM-related extracurricular programming, startup incubation, startup acceleration, and university-backed venture capital investment. In partnership with Argonne National Laboratory, the Institute for Molecular Engineering, and STEM research labs across the university, the center places special emphasis on supporting students, faculty, and staff as they pursue STEM-related paths.

The 34,000 square-foot coworking space the Polsky Exchange serves as the main hub for incubation and activity, while the New Venture Challenge is the university’s accelerator. The Polsky Center also includes the Innovation Fund, a science team focused on invention management and venture creation, regular Hack Nights, and a prototyping lab called the Fab Lab where students can transform their ideas into products.

Kristin Barrett, senior director of the Polsky Exchange, sees this multidisciplinary approach as driving the next wave of STEM education.

“Through the Polsky Exchange, students are often learning STEM skills by necessity, rather than through coursework. They are figuring out how to solve an engineering problem because it is preventing their product from functioning, or using mathematic models to better predict what their customers want,” said Barrett.

Arnav Dalmia, University of Chicago alum and founder and CEO of Cubii, was one of the undergraduates who says he benefited from the Polsky Center’s hands-on approach.

Dalmia studied economics and originally planned for a career in financial services.

However, an opportunity to participate in the New Venture Challenge’s college-focused competition (CNVC) opened his eyes to a path in technology, specifically hardware. His current company, Cubii, evolved from a daydream to a fully fledged business thanks to the challenge.

“Due to the rigor of the competition and high expectations, [CNVC] ended up taking a lot of time and required dedicated focus. Thinking critically about the business plan made us realize that there might be a real opportunity here, much beyond a college project,” said Dalmia.

Almost five years later, Cubii is still in business and Dalmia is an established tech entrepreneur, proving that experiential education can make all the difference for students who would never have considered a career in technology before.

At DePaul University, Patrick Murphy, a former professor at the Driehaus College of Business, saw too many barriers to entry for students across the university to explore STEM.

Murphy found that students without previous coding knowledge struggled to thrive in traditional computer science. The material was highly technical, theoretical, and not structured around application. Consequently, students from other disciplines, like the humanities, worried about these classes lowering their GPAs, and couldn’t always see an immediate use for learning something not related to their major.

That’s why in the summer of 2015, Murphy launched a 16-week coding academy targeted at one test market: his business school students.

“[In our program], people have an actual project, so they can use what they learn right now. Their projects become part of the seminar series,” said Murphy, now the Incoming Goodrich Endowed Chair for Innovation and Entrepreneurship at the University of Alabama at Birmingham.

In partnership with Blue1647, a Chicago entrepreneurship and innovation center, Murphy opened applications to students in the business school and selected 15 aspiring entrepreneurs. Once a week, students met off-campus at the Blue1647 headquarters with an instructor who taught them the basic skills in HTML, CSS, and Java necessary to launch websites and web apps around their entrepreneurial ideas. At the end of the program, students presented their projects at a Demo Day.

The first program drew enough interest that Murphy decided to run the academy a second time, opening applications to students from all 12 of DePaul’s schools and doubling the cohort size. In both cohorts, Murphy said the majority, if not all, of the students had “zero coding knowledge.”

Murphy says several of the students are still running their projects, many with a focus on social impact.

“Students understand [they can use technology] to lift whole communities up, and that STEM education can offer a set of concepts that allows an English major to be an English major but get their feet wet in entrepreneurship.”

There are still questions around whether the approaches universities are taking in nontraditional experiential education will produce more STEM workers. These programs are new, and therefore they don’t offer a big enough data set to compare them against their traditional counterparts in a meaningful quantitative way.

Anecdotally, students are noting the benefits. Mia Velasquez, a current MBA candidate at Northwestern University’s Kellogg School of Management and cofounder of tech startup Commit, believes that students at universities today are looking for multidisciplinary opportunities that demonstrate how to use STEM skills to build their businesses. 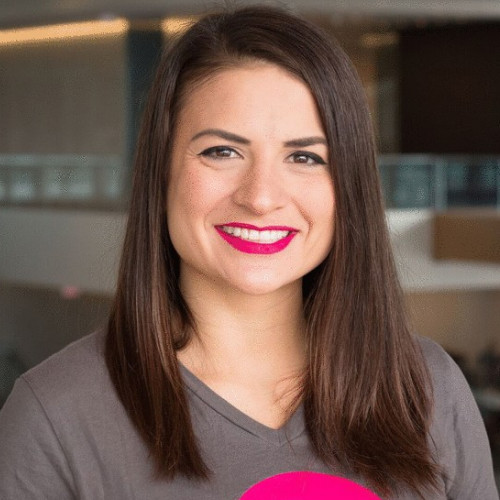 While Velasquez studied biochemistry in college, she did not actively pursue a STEM career after graduating. However, after enrolling at Northwestern for business school, she felt drawn to entrepreneurship.

Like Murphy’s coding academy, The Garage at Northwestern officially opened in the summer of 2015. The hub for student entrepreneurship provides space, mentorship, and programming for approximately 60 student-run startups per quarter. Students from across the university use the space, but the center particularly focuses on giving students in the engineering schools the chance to transform their ideas into projects while allowing business-oriented students to learn coding skills from peers.

The Garage allowed Velasquez to incubate her idea for Commit and grow the company quickly alongside other student entrepreneurs. There, she was able to access advisors across entrepreneurship, technology, and venture capital. These resources allowed her to develop an understanding of what kind of platform to build, how to build it, and how to find engineers to help in its launch. Without this exposure, Velasquez would not have pursued tech entrepreneurship.

“Part of what made tech and entrepreneurship so intimidating to me was that I didn’t know where to start. In addition to practical resources, having so many mentors that are extremely accomplished and knowledgeable was a huge benefit,” said Velasquez.

Like other students across Illinois universities, Velasquez highlighted the need for experiential education that lowers the barrier to entry so that more people can explore opportunities in STEM and technology without years of study in a specialized field.

“Often students are hesitant to participate in a pitch competition or apply for an incubator because they only have an idea and very little tangible proof of concept, but there’s so much that can be hacked and enable students to get things moving,” said Velasquez.

Now it’s up to universities to show them how.

As the founder and CEO of Ethos, a talent strategy firm for tech, Alida Miranda-Wolff grows the teams that fuel rocket ship companies. By shaping culture and developing talent, she helps strengthen every company’s biggest asset: its people. With a focus on diversity, hiring practices, vision and values, and career pathing, she partners with tech leaders to make possibilities and aspirations concrete realities. Miranda-Wolff previously served as director of platform at Hyde Park Angels, where she was one of only two dozen Latina women in VC.