Silicon Valley prides itself on being a place where failure is okay and diversity is celebrated.

But the tech community proved itself remarkably intolerant this week when it forced the resignation of Mozilla chief executive Brendan Eich.

Eich gave $1,000 to the California Proposition 8 campaign in 2008, a proposition that attempted to redefine marriage as being valid only if it was between a man and a woman. Prop. 8 passed, in large part thanks to vigorous support from the Mormon church and other religious groups, but was later found unconstitutional by a federal court, a decision which was ultimately upheld by the U.S. Supreme Court.

Now, to be clear: I found Prop. 8 repellent and hurtful, as it was an attempt to take away rights that had already been granted by the courts. I believe people should have the right to marry, without regard to gender, and I think Prop. 8’s supporters are on the wrong side of history. But that is my opinion — just as Eich’s opinion, no doubt informed by his faith, was that Prop. 8 was worth supporting.

Nevertheless, those of us who hold strong personal opinions are often able to bracket them in the public sphere. That is part of the definition of being a professional. Eich was a terrific example of that.

After being named the CEO of Mozilla, Eich came under fire from Mozilla employees and others who felt that his past support of an anti-marriage initiative was incompatible with Mozilla’s institutional values of inclusiveness and diversity.

But at no point did anyone suggest that Eich was actually opposed to those values. There is no record of him discriminating against gay and lesbian employees, resisting Mozilla’s policies of treating them equally, or attempting to diminish their standing within the organization. All he did was make that campaign donation in 2008.

In extensive interviews this week, including with VentureBeat’s J. O’Dell, Eich made it crystal clear that he was leaving his personal values at the door and embracing Mozilla’s progressive values in every way as far as his job was concerned. 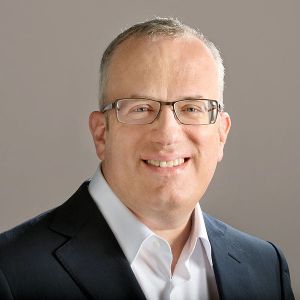 Notably, he did not offer an apology for his earlier support of Prop. 8, nor did he state whether his views on same-sex marriage had changed. That’s probably because his views haven’t changed, and he didn’t want to be dishonest about them. He was simply trying to do the best job he could while remaining true to his own personal convictions in his private life.

So much for honesty.

The sustained outrage against Eich continued unabated, and on Wednesday, he stepped down from the CEO job.

There are a lot of reasons to be sorry about this outcome. Eich was a talented, committed technologist who helped create JavaScript and is one of the founders of Mozilla. He showed every sign of being a responsible, ethical CEO whose work values were in complete alignment with Mozilla’s.

His personal views are repellent to many of us, but his actions — apart from the donation — were on the level.

And if we’re judging people based on their donations to political campaigns we find repellent, there’s a whole lot more blame to go around. More than 1,300 people at a range of tech companies donated a combined $1 million to Prop. 8, William Saletan reports in Slate. Those companies include Adobe, Apple, Google, Microsoft, Oracle, Sun Microsystems, and Yahoo. Are we going to boycott those companies? Force the resignation of all 1,300?

Needless to say, that’s a ridiculous approach, both politically and from a business point of view.

Politically speaking, the supporters of same-sex marriage would do far better to target the really big, and often anonymous, donors who have supported and pushed laws like Prop. 8, rather than vilifying the occasional small supporter. Going after people like Eich makes the same-sex marriage movement look petty, vindictive, and shrill — the exact opposite of the inclusive, tolerant message that they should be spreading.

“This is a repugnantly illiberal sentiment. It is also unbelievably stupid for the gay rights movement,” Andrew Sullivan wrote this week on The Dish. “It’s a bad, self-inflicted blow. And all of us will come to regret it.”

And as for the technology business, it’s just stupid to penalize people for their personal views and past mistakes, especially outside work. One of the reasons Silicon Valley has been so successful, many of us often hear, is because it has a culture of embracing difference and forgiving failure.

I believe that’s true. We are happy to overlook people’s personal values, their backgrounds or sexual orientations, whether they are pleasant people or complete jerks, and even their willingness to bathe — as long as they are contributing material value to their companies and to the world.

It’s time for Silicon Valley to re-learn that lesson. If we want to remain a place where outstanding technologists continue to create immense value, we have to think twice about hounding technologists out of jobs where they’re doing just that, just because we find their personal values objectionable.