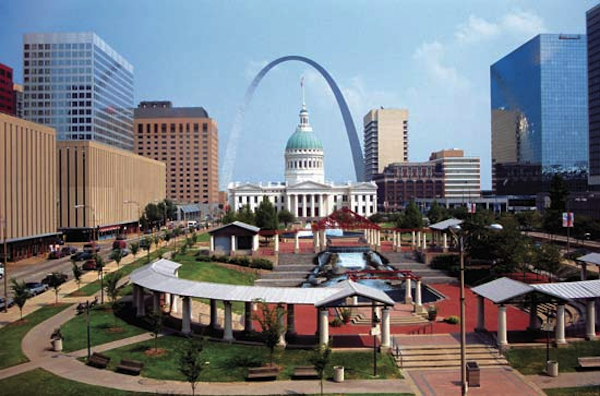 In spite of being home to some of America’s most successful companies, as varied as Anheuser-Busch, Enterprise Rent-A-Car, Purina and Energizer, St. Louis has never been perceived as a bastion of progressivism.

The question as to “why” has no easy answer. Maybe it’s the old-line manufacturing heritage, a culture of Midwestern conservatism, or perhaps even the vast amount of trust fund dollars controlled by families who seemingly invested more into charitable causes (how dare they?) rather than into new technologies.

Regardless, for many years the perception from outside of St. Louis was of a nice, conservative Midwest town, possibly waiting for a rebirth of the industrial revolution. But over the past two-plus years the region’s business and entrepreneurial ecosystem has begun to drastically evolve and flourish.

On several fronts, St. Louis is very much becoming a tech town.

“St. Louis is seeing an incredible amount of early-stage tech activity right now, which is leading to a strong funnel of great deals,” said Gabe Lozano, CEO of LockerDome, whose company recently closed a $6 million Series A financing round. “Without question, we will be globally recognized as a top 10 city in technology within 10 years.”

There’s the unexpected, such as the big data pioneers Appistry, which has pulled in nearly $40 million from private investors; digital media-based upstarts ranging from Lozano’s LockerDome to CrowdSource.com, which recently closed on a $12.5 million Series A from Highland Capital Partners; to later-stage tech companies like Answers.com, which is valued in the nine-figure range. And then the not so unexpected, like the biosciences and ag-tech principally headquartered on the CORTEX and BRDG Park incubator campuses.

“We’re seeing the human, intellectual, physical and financial capital all reaching critical mass and it’s creating an ecosystem that’s essential to be competitive in the marketplace,” he added.

Indeed, the number of St. Louis-based technology jobs posted on Dice.com jumped 25 percent over the past year, with average salaries rising 13 percent — besting the likes of Austin, Charlotte and Phoenix. And that was before Boeing announced it is moving 600 tech jobs to St. Louis over the next three years.

In addition, there are now more Ph.D. plant scientists in greater St. Louis than anywhere else in the world, according the Danforth Plant Science Center.

While much of the activity has flowed from the robust talent pools coming from Monsanto, the Danforth Center, Washington University Medical Center, and others — the reality is that easy access to capital is breeding a deeper degree of innovation.

“Entrepreneurs follow opportunity,” said St. Louis native and Square founder Jim McKelvey in explaining why so many companies with St. Louis DNA have left town previously. “We now see that trend reversing. Entrepreneurs are moving here, and well they should.  I know two successful firms that would be dead now if they hadn’t come to St. Louis.”

Venture capital and angel activity, of course, is an essential and growing component. There are organizations like Cultivation Capital, in which McKelvely is a partner, or Arch Angels, Billiken Angels and upstart iSELECT Fund; the State of Missouri is leveraging its Missouri Technology Corporation (MTC) to lure out-of-state start-ups, and there are unique incubator programs like Arch Grants and Capital Innovators.

It’s more than likely the culmination of many colliding factors: A new generation of leaders with a collective vision for the region, young, smart minds producing fresh ideas that are now more readily accepted, an increase local funding sources, and a reduction of silos amongst varying organizations.

Whatever the case might be, the region’s clear progress indicates better days ahead for start-ups and investors alike. 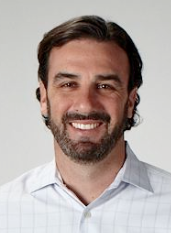 An eight-year resident of St. Louis, Aaron Perlut is founding partner of digital marketing and public relations firm Elasticity, co-founder of the not-for-profit regional marketing initiative Rally Saint Louis, and is a pioneer in the free facial hair movement (no, seriously).