The year 2017 may be remembered for many things in technology, such as Amazon’s big push into offline retail, milestone moments in autonomous vehicles, or major breakthroughs in artificial intelligence (AI).

But for every jaw-dropping story that hits the tech press, there are broader microtrends that meander under the mainstream radar. And in 2017, one of those related to the construction and real estate industries.

A few days back, database technology giant Oracle announced it was buying Aconex, an Australian company that builds team collaboration software for the construction industry, for a cool $1.2 billion.

Aconex was founded more than 15 years ago, but Oracle’s move to buy the company comes at a time when investment in the construction and real estate realm seems to be entering overdrive.

“Delivering projects on time and on budget are the highest strategic imperatives for any construction and engineering organization,” noted Mike Sicilia, SVP and GM for Oracle’s construction and engineering global business unit. “With the addition of Aconex, we significantly advance our vision of offering the most comprehensive cloud-based project management solution for this $14 trillion industry.”

Reports actually peg the construction industry at closer to $10 trillion, though consultancy firm McKinsey notes that the global figure could reach $14 trillion by 2025. Regardless of the actual dollar figure today, construction is a lucrative business. However, construction is not renowned for its efficiency, with some reports suggesting that the industry is among the lowest in terms of productivity — and this is partly due to the lack of digitization.

According to McKinsey, some construction companies are adopting new digital tools to enhance their productivity, including 5D modeling and data capture from drones, but they tend to be the exception to the rule. “Most companies, however, have legacy systems and unique requirements for budgets, planning, and operations, so change is difficult,” the report found.

Still, we saw a number of startups and investors push to tackle this perceived lack of efficiency in 2017.

A quick peek back through 2017 reveals a number of tech investments across the construction spectrum.

“The construction industry lags behind other markets in the overall productivity of its workers,” said Buildup investor TLV Partners’ managing partner Eitan Bek. “Buildup addresses the longest phase of a construction project: building.” 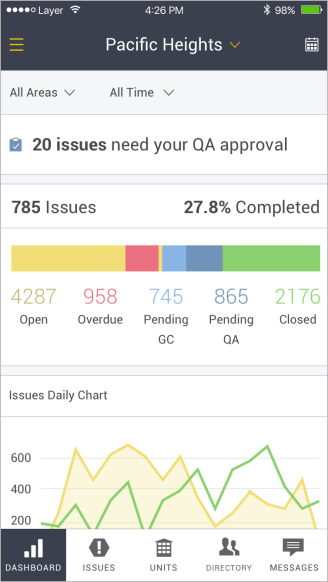 Elsewhere this year, “Airbnb for construction” startup EquipmentShare raised $20 million to grow its marketplace for selling and lending equipment; Emagispace raised $4.2 million for its modular building block technology; Belgian startup Aproplan raised around $6 million for its “Salesforce for construction” platform; and BuildingConnected raised $22 million to grow its bid procurement platform for building contractors.

When a lucrative business opportunity crosses paths with inefficiency, the landscape is often ripe for innovation and investment. In 2017, we saw some signs that the technology industry was pushing for its piece of the $10 trillion pie.