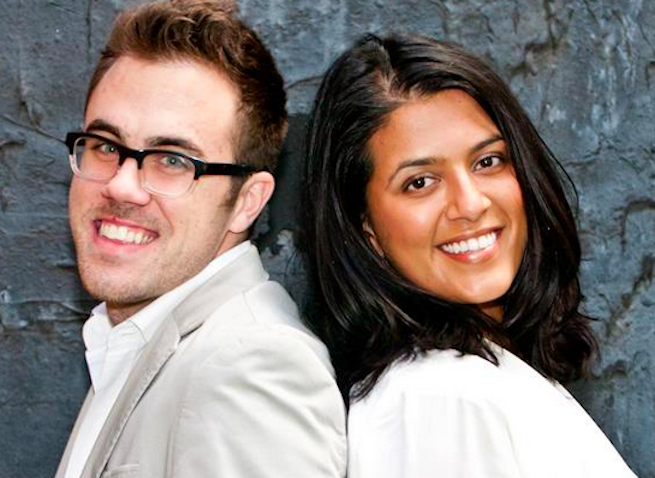 In his employer’s eyes, Dan Brittingham, a dropout from the University of Michigan’s nursing school, was far more desirable hire than any Harvard grad. 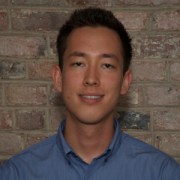 Brittingham, 24, is one of eleven fellows enrolled in New York-based Enstitute, a college alternative for dropouts and a few recent grads. He was selected by Enstitute’s founders [above] from over hundreds of applicants for demonstrating critical thinking, drive, and an aptitude for entrepreneurship.

The fellows are placed in a two-year apprenticeship –most end up at tech startups. They report to a chief executive, rotate around different departments, and learn deep technical and managerial skills they would not be exposed to at college.

“These kids are hungry — it’s not like a normal intern,” said Nihil Mehta, CEO of LocalResponse, and Brittingham’s boss. “I’ve hired Harvard kids, and can tell you that the fellows have another level of commitment and no sense of entitlement.”

By his sophomore year, Brittingham had started two Internet ventures from his dorm room. When he graduates from the apprenticeship, he intends to raise funding for his third company or join a data scientist team, a job that currently commands in excess of $300,000. 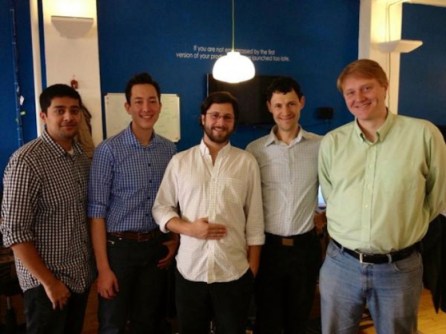 Above: Brittingham (in the blue) with his colleagues at LocalResponse.

“There is no disconnect between the learning material and how its applied,” said Brittingham, who is dipping his toe in various departments at LocalResponse and is picking up technical skills he would not have been exposed to at school.

Enstitute is one of many recent experiments designed to address the so-called technical skills gap. With most colleges failing to endow students with the skills to compete in the digital age, dropout rates are increasing. A recent study, “The American Dream 2.0,” found that 46 percent of college students fail to graduate with any credential within six years. 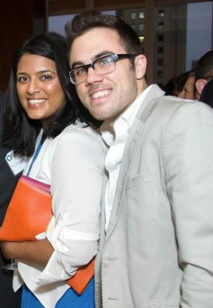 Above: Enstitute’s founders at the NEXT Leader of the Future award ceremony

“I had to force my way through the system,” said Enstitute’s cofounder Kane Sarhan. He barely graduated from Pace University (he completed the requisite credits online after dropping out several times), but he excelled in two apprenticeships. By 24, he was working as a creative director at LocalResponse alongside Harvard Business School graduate Shaila Ittycheria.

Ittycheria was over $100,000 in debt, and a graduate of the Harvard Business School.

Over beers one night, the pair discussed how Ittycheria could have avoided the MBA. “Shaila got a great network from HBS, but thought she needed that stamp of approval — turns out she didn’t,” Sarhan explained. With that, the pair quit their jobs, and Enstitute was born.

‘Learn by doing’: The apprenticeship

Enstitute doesn’t really care about a fellow’s grades. And neither do dozens of New York tech companies who have agreed to mentor a fellow.

The inaugural class are working at startups like Bitly and Thrillist. They live free of charge with Ittycheria in a loft in the Financial District, and all meals are paid for. They receive a small stipend from their employers of $200 a week.

Enstitute is a nonprofit, and it’s currently raising $1 million from donors to expand the program.

The upcoming class will have even more options for apprenticeships; corporate-level executives and founders at The Muse, Tumblr, Center for Social Innovation, and NY Tech Meetup just signed on. 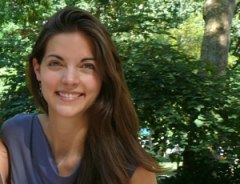 Above: Kathryn Minshew, CEO of The Muse, said the mission “struck a chord.”

“The best way to learn entrepreneurship is to observe other entrepreneurs,” said Kathryn Minshew, the CEO of job search site The Muse, who is currently interviewing fellows.

It’s a far greater time commitment than taking on an intern. Minshew is expected to expose her fellow to the full scope of the business, including programming, venture capital fundraising, and business development. “So many of my rookie mistakes could have been avoided by first-hand exposure to other, more experienced technology entrepreneurs,” she explained.

In addition to the apprenticeship, the fellows attend evening events where they hear job tips from inspirational speakers and are offered a supplemental curriculum of online and offline classes. Upon graduation, the graduates receive a certification that encompasses a detailed overview of material.

If employers are looking for something more concrete, each fellow develops a digital portfolio.

This week, Sarhan will meet with entrepreneurs and potential donors in Silicon Valley. Already, chief executives are receptive to the idea, and many are buzzing about the opportunity to mentor an apprentice.

“I have hired employees who ranged from college dropouts to Ph.Ds in computer and neurosciences,” said Manish Chandra, the CEO of fashion startup Poshmark. “I am open to looking at students and young professionals who have demonstrated their intellect and enterprising nature through alternative programs.” 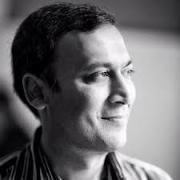 Above: Poshmark CEO Manish Chandra is open making apprenticeships a “core part of the hiring process.”

Enstitute would consider a job at a tech startup like Poshmark or LocalResponse to be a successful outcome for any fellow.

They also encourage graduates to start their own ventures from scratch, join a large corporation (Sarhan says he’s in initial talks with some household name brands), or return to school.

One year into their apprenticeships, none of the fellows have opted to return to college or apply for grad school.

Interested in hiring an apprentice, or are you 18 to 24 and want to apply to the program? Learn more here.