(Editor’s note: Mike Courtney is the founder of Aperio Insights. He submitted this story to VentureBeat.) 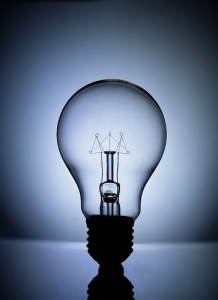 As entrepreneurs, we’ve got a constant flow of ‘em. They’re new. They’re innovative. And any one of them might be the next “big” thing.

We love to brainstorm. It’s in our DNA. But simply having ideas doesn’t make us entrepreneurs. In fact, ideas without action are usually called “dreams”.

Deciding which ideas to pull from the pile and dedicate resources toward is tough. As Eric Ries’ Lean Startup movement has spread, “ferocious customer-centric rapid iteration” has become the mantra of the majority of this year’s web startups.  But, how do you start testing and validating an idea?  Do you have to build a minimum viable product (MVP) or prototype?  What’s the cost of creating and testing an MVP for your idea?

Market research has been around a long time (even before web 1.0) and is still the gold standard tool for big business.  The problem is most startups and small businesses have traditionally been unable to afford the formal processes larger companies use. And even if they could, the process often takes weeks or months to develop, execute and analyze.

That doesn’t mean they should abandon the idea, though.

Aaron Patzer, founder of Mint.com, validated his early ideas before he built them by hanging out at the train station in Mountain View, “We tried different feature sets, before we built most of this stuff, just on paper. We went to the train station and asked normal people what they thought.”

The point is: Feedback can come from anywhere. And it can be a time- and money-saver to get a sense for what potential customers want before committing resources to an idea.

Additionally, there are many DIY online survey tools – such as Zoomerang or Survey Monkey – that let you craft and launch detailed surveys on your own. The trick to these is figuring out how to get enough responses from the right respondents.

Optimally, you’ll have a good customer or contact list. Barring that, your social community on Facebook, your blog or some other circle can be helpful – but it’s critical that they represent your target market. In other words, don’t send the survey about new women’s yoga classes to your uncle Fred, he might not be the target segment (or he might try to help by responding more than once – also not good).

For more formal surveying, you can buy access to a research panel to answer your survey.  Traditional online panel companies like e-Rewards or Survey Sampling Inc. can supply almost any consumer segment for prices that can range as low as $5-10 per respondent depending on your target market and other details.

And the crowdsourcing movement has been a boon for idea validation. New Web companies allow people to input a survey, determine which segment of the site’s U.S. panel is best suited to answer the survey, then launch it. It’s an easy way to conduct market research at any time for any of your ideas, even if it’s a crazy, late night thought.

Market research, at its core, is all about mitigating risk. Whether you build an MVP or create a prototype version of your product (even on paper), you can get feedback that will save you time and money.