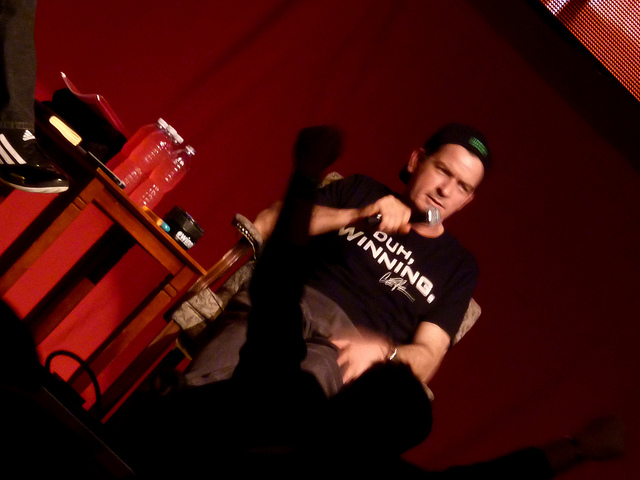 As a self-proclaimed “startup junkie,” I’ve been to just about every major tech conference. Almost every one has its own version of a “startup competition.”

TechCrunch has “Disrupt Winner,” while VentureBeat’s MobileBeat has the Tesla Award (no, you don’t win a car), and Web 2.0 has the “Startup Showcase” and “Launch Pad.” For many entrepreneurs, even being accepted to participate in one of these competitions is a dream come true. These optimists often arrive with hopes of winning the top prize, garnering media attention, and catching the eye of an investor who will swoop in and write them a 10 million dollar check.

Pinch me.  Back to reality.

Having been invited to participate in many of these conferences over the past few years myself, I have come to the realization that certain types of startup concepts always do well, while others just don’t.

The key thing to consider is that these are tech conferences, so you should have something inherently “techie.”  The majority of the audience members are engineers, or else marketing and sales professionals pretending to be engineers.

From my observations, stemming from the times I haven’t made a “splash,” here are three concepts that typically do well at tech conference startup competitions:

Tools that simplify the development process are often crowd-pleasers. Last year’s Web 2.0 Launch Pad audience choice winner was RhoMobile. It is a platform where you code apps using the Rhodes framework, then deploy them as native apps to Blackberry, iPhone, and Android.  Similarly, Roar Engine, won the top prize at MobileBeat 2011 in San Francisco, where its founders showcased how to build a social game in 4 minutes that could be deployed on the web and multiple mobile platforms.  Many of these “build once, deploy many” tools do really well because most tech conferences attract engineers and “sales guys” looking for ways to cut down on programming time while getting on as many platforms as possible.

A mashup is something that brings a variety of different services together.  For example, the audience choice winner at the Web 2.0 Expo in New York was Social Passport: a platform that combines your Facebook, Twitter, Four Square and other social media accounts.  Another example of this is Shaker, the winner of TechCrunch Disrupt in San Francisco.  Shaker is part game, part Second Life, part Turntable.fm, all pulled together using your Facebook profile. These ideas do well because people can easily relate to them, and because the vast majority of people use one or more of these “mashed together” tools.

People are impressed by mathematics. If your product uses statistical analysis and some logic to tell you something interesting based on simple inputs from your users, you may have a winner.  Elect Next, one of the Web 2.0 Startup Showcase winners in New York, does just this.  Based on information you provide about your location, stand on taxes, healthcare, foreign policy to the Elect Next website, it will help you choose the right the right political candidate. Similarly, the winner of the MobileBeat crowd favorite back in 2008 was AdMob (later acquired by Google for $750 Million), which uses an algorithm to determine the best ad placement in mobile apps.  These ideas do really well because because they simplify the decision-making process.

Just for fun, here are a few concepts that are sure not to win, so avoid these if you’re truly hell-bent on snagging that coveted first prize:

Don’t be discouraged based on my “qualitative not quantitative” data analysis. If you don’t fall into the three categories above, you can still compete, and you may get selected to present, but your chances of winning the top prize will be much smaller.

Keep in mind, there are plenty of “startup success stories” that don’t revolve around winning a startup competition. For example, in 2008 VentureBeat held its first MobileBeat Startup Tesla Award.  The audience choice was AdMob, but one of the “losers” was Greystripe, which also does in-app ads.  Subsequently, Greystripe was acquired in April, 2011 for $75 Million.

In the end, these competitions don’t necessarily have anything to do with the future success of your company. They are merely one more opportunity to practice your pitch, build mindshare, and gain insights into how to make your concept even better. So don’t worry if you don’t win a prize — the real prize is in building a successful business.

Ahmed Siddiqui coordinates the Startup Weekend events in the San Francisco Bay Area, and is also the founder of Go Go Mongo, a game company that inspires kids to eat healthier.  He can be reached through twitter: @siddiquiahmed