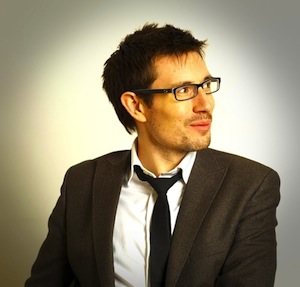 Business collaboration startup Huddle just announced a $10.2 million second round of funding. The money should help the company stay competitive in the crowded collaboration market, with particular focus on US expansion.

Cofounder and Vice President of Global Strategy Andy McLoughlin (pictured) just relocated from the company’s London headquarters to San Francisco, where he plans to build up the company’s sales and marketing presence. More than 50 percent of Huddle’s users are already in the US, but he said there’s still a huge opportunity for expansion.

The new funding is a sign of that US interest, since Matrix Partners‘ Josh Hannah, who’s based in Palo Alto, will be joining the board. Matrix led the investment, with previous backers Eden Ventures and Charles McGregor participating. Huddle has now raised more than $15 million total.

Competing startups, such as Box.net, may be a little better known in Silicon Valley. While McLoughlin said he has “enormous respect” for Box, he argued that none of his competitors have a strong international presence. He also repeated the common theme in our conversations about Huddle — that it offers the broadest range of tools for a company’s needs, including discussion forums, white boards, the ability to create and edit Microsoft Office documents, web meetings, and more.

Huddle says that it recently became cashflow positive, meaning that more money went into the company than out. It reports having tens of thousands of customers, include Procter & Gamble, Disney and HTC.

If you’re interested in trying Huddle for free for a month, you can use this code: VENTUREBEATOFFER (It will work for all versions except for the professional edition.)