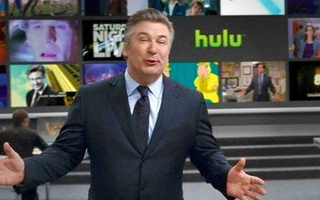 The group of companies that own Hulu, the darling of online entertainment, might not sell the property after all.

Bidders have dropped out, and some bids have reportedly been too low.

Last month, we reported that the sale might be in jeopardy. Today, a new report from Business Insider states that Hulu’s sale is less likely than ever.

Currently, the online streaming video property is jointly owned by Disney, News Corp., Comcast and Providence Equity. Last June, the ownersdecided to put Hulu , citing disagreements on the direction the service should take.

If the sale doesn’t go through, it is unclear exactly what path Hulu will take, given the aforementioned disagreements. However, the venture will be investing around $375 million in acquiring new content this year.

Bidding was expected to start at $1.5 billion and ranged up to $2 billion. Reported bidders included Dish Network, Google, Yahoo, Amazon and DirecTV. The latter company withdrew from the contest early last month after bidding too low.

To many observers, Amazon seemed like the perfect fit, but so far, the highest bidders for the service were reportedly Google and Dish Network, whose offers ranged between $1.9 billion and $4 billion.

Currently, Hulu has more than one million paying subscribers and just began its international expansion with a streaming service launch in Japan.

Hulu’s revenue totals around $500 million, according to its Q2 2011 progress report.