Quantifi looks to be an impressive startup. The company provides AI-powered software to help marketers better test their digital advertising campaigns. It just raised $2.3 million in seed funding from local VCs and angels, and it disclosed a short list of customers. Quantifi also happens to be the latest example of Indianapolis’ shift from manufacturing auto parts and air conditioners to building startups.

“Fifteen years ago, you wouldn’t have thought about starting a tech company in Indianapolis or Central Indiana,” Quantifi CEO and cofounder R. J. Talyor told VentureBeat. But since then, a local ecosystem of investors, entrepreneurs, and talented labor has propelled the one-time manufacturing hub of 850,000 people into a top-ranked city for starting a business. “Indianapolis is now being recognized as a tech center with great talent,” Talyor said.

Talyor’s company has developed reinforcement learning that helps marketers move beyond the simple A/B approach for testing social ad campaigns before committing their budgets. Using Quantifi, marketers can experiment with hundreds of variants for messages and creative images across multiple channels, on-the-fly and in real time, in order to make data-driven decisions about what ads will work best. Ad agency Zenith Optimedia, which is owned by Publicis, predicts that global ad spending on social media will reach $50 billion in 2019. 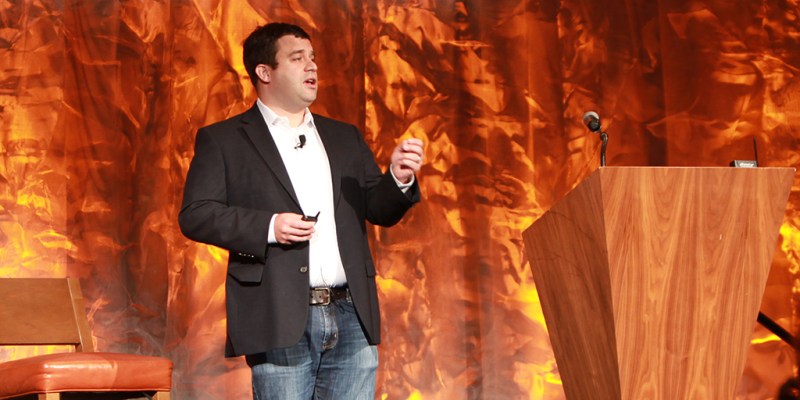 Above: Quantifi CEO and cofounder R.J. Talyor says, “Indianapolis is now being recognized as a tech center with great talent.”

With its AI-underpinning, Quantifi could have been hatched in say, Silicon Valley or Boston. Yet it is a product of Indianapolis. Its early customers are local. They include such corporations as LIDS Sports Group, a sports team apparel retailer; Menguin, an online rental agency for tuxedos; DiscountFilters.com, an online retailer of refrigerator and air filters; and The Indianapolis Motor Speedway, the fabled home of the Indianapolis 500.

This range of companies and the service Quantifi provides them speak to the Indianapolis tech scene’s strength in SaaS and marketing technology. In fact, these companies’ close proximity and willingness to provide regular feedback helped Talyor and his team better understand their product-to-market fit. “We’re really grateful to the Midwest community for taking a risk to work with us,” Talyor said. “Nothing beats getting in front of your customer.”

Changes like this are hardly unique to Indianapolis. Cities from Pittsburgh to Peoria are undergoing a similar shift. As traditional manufacturing wanes, local economic development boards work to spur investment and create jobs in new areas, often tech-related. “For instance, how do you transfer traditional manufacturing or pharmaceutical job skills into a sales role at a technology company?” Talyor asked. He credits supportive community groups like TechPoint, Nextech, regular meetups, and educational initiatives with answering the need. “With the huge growth of tech jobs in Indy there’s a huge need to develop a pipeline of talent to fill them,” he explained.

Perhaps nothing is more symbolic of this shift than Salesforce’s acquisition of ExactTarget, announced expansion of 800 jobs, and renaming of an 811-foot skyscraper from Chase Tower to Salesforce Tower. “The tallest building in the state has gone from being named after a bank to being named after a tech company. It’s a huge, huge symbol,” said Eric Tobias, a partner at High Alpha, an Indianapolis-based venture studio where Talyor served as entrepreneur in residence, and which invested in Quantifi. Other investors in the seed funding included Router Ventures of Omaha, Nebraska, and several angels. 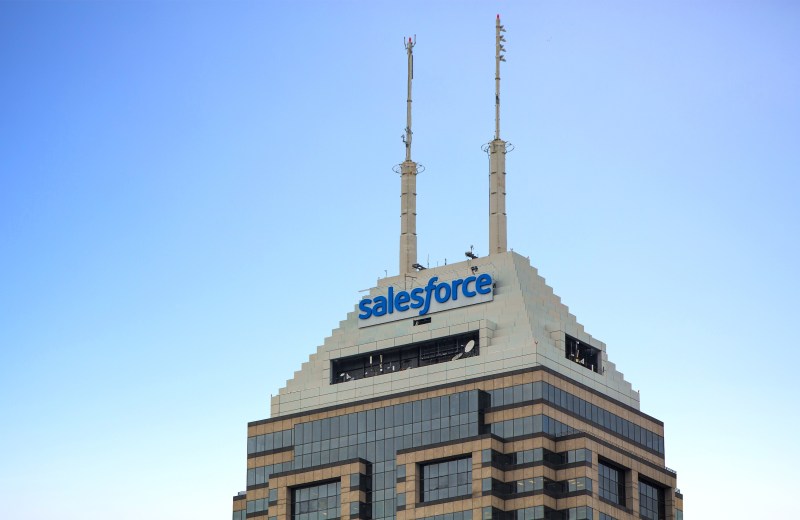 Above: Salesforce Tower in Indianapolis is the company’s largest hub outside its global headquarters in San Francisco. It opened on May 20, 2016.

Tobias and Talyor overlapped as executives at ExactTarget and then at Salesforce, following the acquisition. Tobias is a serial entrepreneur who founded Batteries.com during the dot-com era. “I distinctly remember getting on the phone with Silicon Valley VCs in 1998 and 1999 and they would say, ‘You’re from Indiana? Why would you start a business in Indiana?'” Tobias recalled. “Two or three years ago, the tone completely shifted.”

Two or three years ago was about the time of the Salesforce-ExactTarget deal, which seemed to put Indianapolis tech companies on the map. “Of course there was a groundswell happening long before that. I feel like it made the rest of the world wake up,” Tobias explained. “That success made everyone’s ambition level rise 10X. Everybody saw that it wasn’t just something that happened on the coasts.”

This article is part of an occasional series, High Tech in the Heartland, which explores the relationship between Silicon Valley and the rest of America.

Correction June 7, 2017: The article incorrectly referred to the Indianapolis Colts as the Baltimore Colts and has been updated.