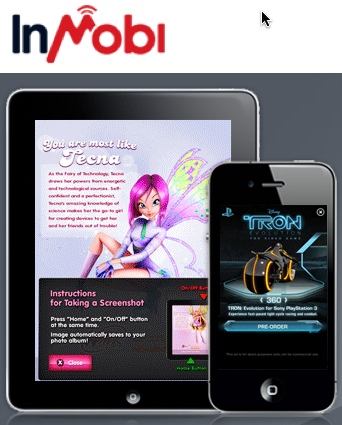 InMobi, the four-year-old company that is second place globally in mobile advertising, has raised an astonishingly large $200 million round of funding from Softbank Corp.

The company’s goal is overtake Google as the world leader in the category.

InMobi, which is based in Bangalore and San Francisco, has only 350 employees, but its growth has been frenetic. Its mobile advertisements reached 332 million unique phone users in August, up from just 1.5 million uniques in August three years ago, the company says.

The funding comes from SoftBank Corp., a Japanese media giant that owns Yahoo Japan, several mobile subsidiaries and other properties. Chief executive Naveen Tewari told VentureBeat about the news in an interview Wednesday.

He said the funding comes in two tranches: $100 million now and $100 slated for April of next year. InMobi said the money is guaranteed and that there are no milestones needed to hit before it gets the second tranche. Softbank, a public company, simply structured the deal that way, InMobi said.

Tewari would not comment on InMobi’s valuation or the size of Softbank’s ownership stake.

But Softbank, which owns many mobile businesses and which is the only company to carry the iPhone in Japan, clearly sees the move as strategic to its own activities. “We believe this partnership will help Softbank become the number one Internet company in Asia,” said Masayoshi Son, Softbank chairman and CEO, in a statement.

InMobi says its reach puts it ahead of other mobile advertising companies such as Millennial and Apple’s iAd program. Google, which purchased mobile ad leader AdMob for $750 million two years ago, remains the overall global leader in mobile advertising. Millennial has raised $85 million and just hired Goldman Sachs to target a $700 million IPO next year.

Tewari said the war chest will be spent in a number of areas, including hiring talent (engineers, mainly), financing acquisitions and expanding aggressively in new regions such as China. InMobi’s strength so far has been in south Asia and Southeast Asia, but it has been expanding quickly in Europe, the U.S. (which it entered last year) and Japan. The company now has offices in 12 locations.

“The opportunity is phenomenally large,” Tewari told us in an interview, explaining why the cash was needed. “This space is moving at a pace where you have to take actions very quickly.” He said the funding puts the company on equal footing with Google in terms of its ability to invest in product development and market depth.

We’ve got an exclusive video interview with CEO and co-founder Tewari below.