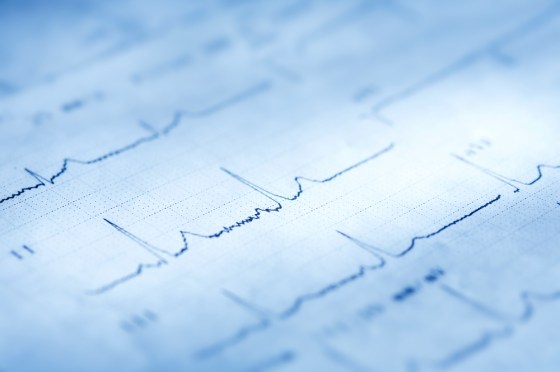 IDesia’s proprietary technology can attach to every heartbeat a unique “electro biodynamic signature” that is practically immune to forgery. Ideally, the technology will surpass the capabilities of fingerprint-based biometric scanners, which can be fooled easily.

Exact details of the acquisition weren’t disclosed, but IDesia has raised $7 million in funding so far, so the purchase price was likely higher than that.

While it’s possible that the technology could one day make it into consumer devices, it’s more likely that consumers would see it at places like airports, where it could be used to identify plane passengers. (As if Americans need another reason to distrust the TSA.)

According to IDesia founder and CEO Dr. Daniel Lange, the deal wasn’t an entirely willing one.

“In this field, large capital is needed to penetrate markets, and in Israel it is difficult to raise capital for an end-use electronic product,” Lange told Israeli business site Globes.

The IDesia team would know. After all, Chairman Gidi Barak has sold to Intel twice already: Chip developer DSPC exchanged hands in 1999 for a staggering $1.6 billion, and Intel bought Wi-Fi Chip maker Envara for $40 million in 2004.

But it’s a bit different with IDesia, which Lange says he would rather not have sold. While Lange isn’t entirely happy with the exit, he recognizes that it will allow the technology to reach the market far more rapidly.