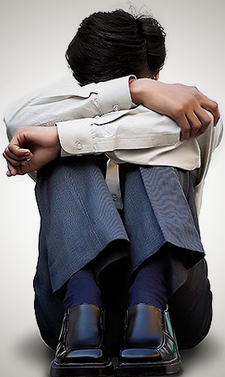 Although the index saw a year-over-year increase, the metric was lower than in the preceding three quarters, registering at 3.66 on a 5-point scale. The index for this quarter represents venture capitalists’ estimations of the entrepreneurial environment in the San Francisco Bay Area over the next six to 18 months.

Some of this dip in confidence is related to high valuations of Silicon Valley web-based companies.

In a report on the index, one investor stated, “2011 will be remembered as the year that everyone went nuts and overpaid — $1B is the new $100M valuation. For most, this will end in tears.” Another VC said his confidence in consumer-side tech was “high… in the next six to twelve months until the bubble bursts.”

Consumer-facing web apps, including social media sites and apps, were indeed a bright spot in Q2 investment numbers. According to data from Dow Jones VentureSource, software and consumer web companies raised $2.66 billion in a total of 281 deals. For web apps in particular, the number of deals in the first half of 2011 reached pre-recession levels and the amounts raised each quarter exceeded the funding that had been raised in 2007 and 2008.

Bob Ackerman of Allegis Capital, writing in the report, noted the “exuberance in the social media sector” and said that the wider VC industry is still regaining its footing, especially when it comes to early-stage funding deals.

In fact, funds available to early-stage startups were down throughout 2010, and those investments were seen as larger risks by VCs in another recent report from Dow Jones, which showed fundraising for early-stage investment funds was down 12% from $5.5 billion in 2009.

Still, the confidence index was higher in Q2 2011 than at any point in 2009. As the overall economy continues to recover, venture capital remains part of larger economic trends.

Also in the report, Kirk Westbrook of Invencor set the Silicon Valley situation in the broader context of the slow recovery from recession:

Historically, since the Great Depression, each recession that saw financial institutions suffer, was followed by a protracted, slow overall economic recovery. Though there have been good corporate profits, the M&A activity does not appear to reflect their improved conditions. Despite a few high profile IPOs, there has not been a breadth sufficient to accelerate any sense of urgency. I believe that this tidal action of growth and retraction of the overall economy is reflected in the opportunity for entrepreneurs as well.

It is very much a time of opportunity that is closely coupled with a need to be disciplined.