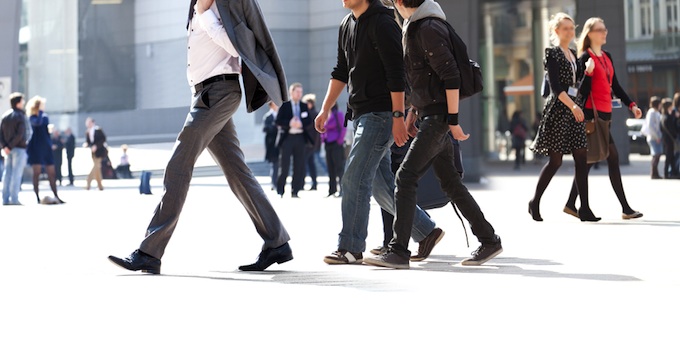 Dublin appears to be a city of contradictions, and yet it blends these discordant notes into a distinctly modern rhythm that pulses throughout the Irish capital.

From its fine dining to bustling nightlife, Ireland’s capital has evolved into an energetic, cosmopolitan hub that spurs innovation, particularly among the young people of Ireland.

“The city is small, but the tech vibe is big. You immediately sense that there’s a vibrant community of likeminded, multicultural tech enthusiasts eager to innovate,” said David Rudick, Vice President of International Markets, at Indeed.com, a Stamford Conn.-based company with an EMEA headquarters in Dublin.

Youth is not wasted on the young in Ireland

Ireland has one of the youngest populations in Europe, with 34 percent of its workforce under the age of 25; not to mention one of the highest educational attainment rates in the European Union.

The benefit of such a young, highly educated workforce is the inherent desire of its members to learn and adopt new ways of thinking. Embracing change is at the heart of the Irish heritage, but now its people are applying this adaptability to transform Ireland into a dynamic, knowledge-based economy.

Startups seeking skilled, motivated employees need to look no further than Dublin for evidence of this ongoing transformation.

“We have a vibrant, connected and passionate community of developers, designers and entrepreneurs in Dublin,” said Irish entrepreneur, Eamon Leonard. “There is an open sense of achievement in the air, a belief that we’re striving for greatness,” said Leonard, Vice President of Engineering at Engine Yard, a San Francisco-based cloud computing startup.

While Silicon Valley sprawls across the Bay area in California and Silicon Alley nestles among the streets of New York City, a thriving startup ecosystem exists in Dublin, aptly called Silicon Docks.

Near the Grand Canal docks area, surrounding an enclosed harbor, tech giants such as Google, Facebook, LinkedIn and Zynga mingle with their startup counterparts. For this reason, Fortune recently named Dublin as one of the best international cities for startups. Venture capitalists looking to fund global companies  are quickly taking notice.

The springboard to Europe

Startups are increasingly embracing a global vision in their business plans; however, scaling and internationalizing operations requires a strategic base.

What makes Ireland particularly attractive for venture capitalists and startups alike is its track record of helping some of the most recognizable tech companies in the world reach Europe. Beyond established players, including eight of the top 10 global tech enterprises, more than fifty high-growth companies leverage the country as a global launch pad.

Marketo, a marketing software company currently backed by Interwest Partners, Storm Ventures and Maryfield Fund, is one of many U.S.-based tech startups that have established their EMEA headquarters in Dublin.

“We chose Ireland as our springboard into the European market mainly because of its talent pool and the takeoff of cloud computing in the country,” says Fergus Gloster, EMEA managing director of Silicon Valley-based Marketo. Gloster speaks from a background of having previously established Salesforce.com’s European corporate sales center in Dublin. “Marketo operates a cloud computing business model and Ireland is rapidly becoming Europe’s center of excellence in this growing sector,” he added.

The potential for rich networking, nurturing talent and impacting international markets is attracting the next generation of tech companies to Ireland.

A microcosm of this productive, collaborative environment can be observed every year at the F.ounders conference in Dublin, where 200 international industry and technology players convene. Previous speakers include Twitter’s cofounder, Jack Dorsey and Netflix founder, Reed Hastings. Dubbed “Davos for Geeks”, the invitation-only event brings together a who’s who list of tech to discuss issues such as innovation, economic growth and entrepreneurship.

A catalyst for business momentum, F.ounders typically results in a flurry of activity as executives exchange ideas, engage in deal-making and plan their next move.

The question is: Who will be the next to join the tech in-crowd in Ireland?

He completed his master’s program in strategic management at Trinity College Dublin, and is a barrister of law.