Jump Bikes, formerly known as Social Bicycles, announced today that it has raised $10 million in funding to further expand its dockless electric bike sharing service. Menlo Ventures led the round, with participation from Sinewave Ventures and existing investors Esther Dyson, SOSV, and OurCrowd.

The Jump bikes are “pedal assist,” meaning they give riders a boost only while pedaling, and the bikes can go up to 20mph. The bikes are also dockless, so riders don’t need to return them to a specific place. They can just unlock the bikes with their smartphone and use the built-in lock to secure the bike to a rack at the end of their ride. The service costs two dollars for the first 30 minutes and is then prorated to under $0.07 per minute. 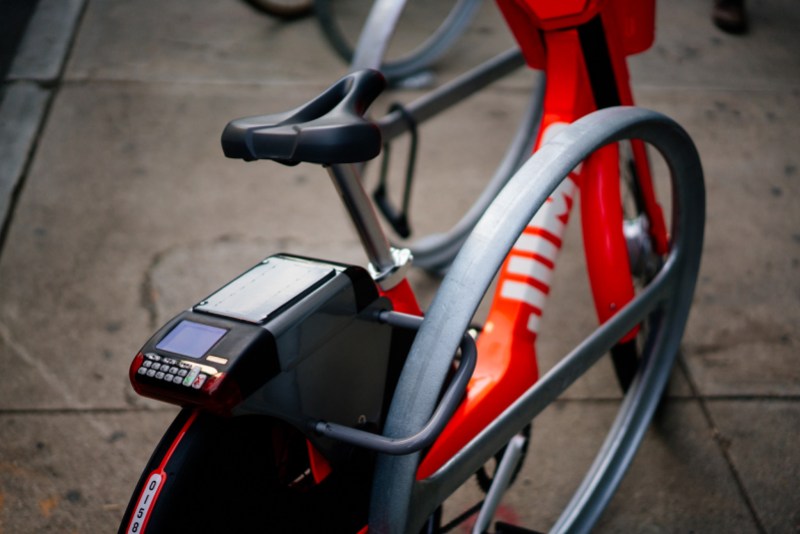 The New York City-based startup isn’t new to the bike-sharing sector. Jump Bikes was founded as Social Bicycles in 2010 and claims to have clocked 5 million rides on 15,000 bikes in 40 markets. In 2017, the startup launched Jump, a dockless ebike sharing system, in Washington, D.C.

A year in review

2017 was an interesting ride for bike-sharing startups, with Chinese players betting big on the sector. Indeed, with Tencent-backed Mobike raising $600 million last June and Alibaba-backed Ofo closing a $700 million round last July, the bar has been set rather high. (Alibaba reportedly bought a $3 billion stake in Ofo from GSR Ventures.) What’s more, one of Ofo’s other backers, Didi Chuxing, just announced plans to launch its own bike-sharing service.

Launching a dockless bike-sharing startup is one thing — obtaining the permits to implement the dockless system within a city is another. In a surprising move by the San Francisco Municipal Transportation Agency (SFMTA), Jump Bikes last week received an exclusive permit to launch 250 dockless ebikes in San Francisco. The decision has effectively blocked all other vendors (including LimeBike) from receiving such a permit for the next 18 months.

Paul Rose, the spokesperson and media relations manager for the SFMTA, shared this statement with VentureBeat:

A spokesperson for Jump Bike told VentureBeat that the startup will be rolling out its dockless stations in San Francisco over the next few weeks.

In response to the SFMTA’s decision, LimeBike cofounder and CEO Toby Sun issued the following statement:

The SFMTA’s decision to award a sole-source contract to a non-SF Bay Area-based company fails on all aspects of a transparent and fair review process, effectively eliminates all competition and limits the dockless bikesharing choices for San Franciscans. The SFMTA’s action will continue to leave members of the community woefully underserved.

Instead of making a unilateral decision behind closed doors, LimeBike is requesting that the City and the SFMTA fully review the entire dockless bikesharing permitting program, seek community input, and reopen the permitting process to ensure that a transparent and equitable process can be put in place to better serve the people of San Francisco. No one should operate until a fair process is conducted.

Jump Bikes has raised a total of $17 million to date and currently has 70 employees.