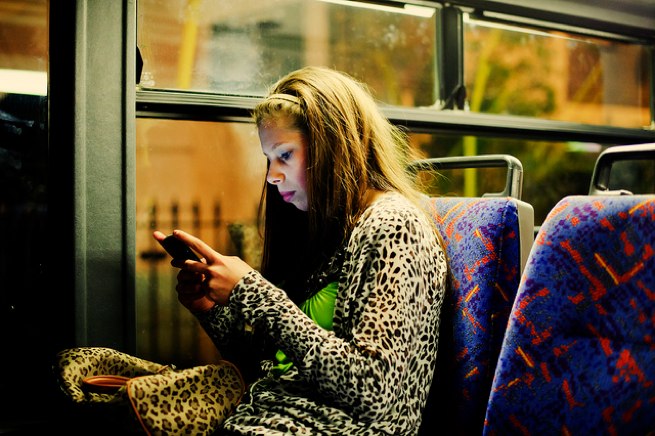 Screw the flu. It may be a public health emergency as people across the country are sniffling and sneezing their germs into an epidemic, but the flu’s numbers are nothing compared to Keek.com’s.

In a statement issued this morning, Keek.com announced that it not only closed an $18 million deal, but also registered 6 million new users in the past month. That is what I call viral.

Toronto-based Keek is a free social network centered around 36 second videos. People can upload video states updates known as “keeks” through a webcam or smartphone and share them across Keek, Facebook, Twitter, Tumblr, e-mail, and SMS. They can also post comments, follow friends, receive notifications, send private messages, check out an activity feed, view a leaderboard, and access analytics.

First, we lived in a world of written status updates, followed by photo-sharing, and Keek’s explosive growth could indicate that video-updates are the wave of the very near future.

“The word keek means a short look, a glimpse, a peek and Keek indeed opens a window into other cultures, customs and lifestyles, making the world more accessible in a way only video can,” said  CEO Isaac Raichyk in a statement. “Twitter convinced the world to embrace a micro-blogging format and Instagram demonstrated that a photo sharing social network could thrive. With 200,000 new users joining daily and millions of user-generated videos posted monthly, Keek is doing the same for social video.”

The company was founded in 2011 and first released its apps in March. In September, VentureBeat reported that Keek raised $7 million in its second round of funding to support its promising growth. At the time, Keek users were posting about 66,000 videos per day, and in August, Keek racked up 21 million visits and 250 million page views.

Now just five months later, Keek is tacking on another $18 million, bringing its total capital raised to $30 million. This financing will support its continued growth by expanding the infrastructure to meet the “surging international demand,” as well as accelerate new feature releases.

That is many many millions.

The $18 million in new funding was led by AGF Investments, Pinetree Capital Ltd, and Plazacorp Ventures, with participation from Cranson Capital.

Will Keek methodically and sustainably spread the dogma of video-status updates around the world? Or will it follow the same path as other social startups that saw tremendous user adoption at first, before getting kicked to the curb by consumers who have already moved on to the next big thing?