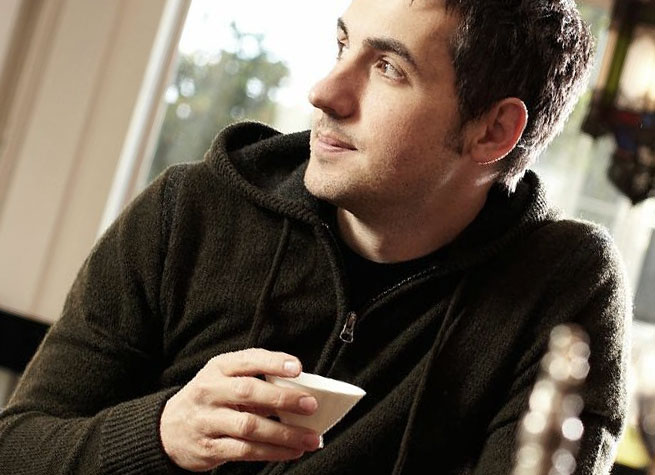 “I want to find the next Facebook when it’s just Mark Zuckerberg.”

That statement from Kevin Rose pretty much sums up his life’s ambition these days. The Diggnation poster boy of yore is gone, and a young VC ravenous for the Next Big Thing has taken his place.

Like anyone who’s spent the majority of his adult life online and in some degree of limelight, he’s had to do a lot of maturation in the public eye, and the result of this is a thick skin and an accurate assessment of what he brings to the table.

I’m meeting Rose in a tea shop. Tea is part of his iconography. The shop we’re meeting at even has a “Kevin Rose Collection” of the young entrepreneur’s favorite teas.

2008: As Digg grew, users revolted and purchase offers came in

May 2012:The Rose-founded Revision3 content network was sold to Discovery

July 2012: Digg was sold to Betaworks for a mere half-million dollars

After some preliminary chatter about lapsang souchong, we settle in to talk about another aspect of Rose’s idiom: entrepreneurship, especially in the earliest stages of building a company.

Rose, as it turns out, is quite self-aware. He’s been roundly criticized in the days leading up to Digg’s sale and relaunch for any number of his failings as a chief executive and founder, and he knows his weaknesses. His strengths are closely related, and he’s aware of those, too.

Rose is great at startups, especially early-stage ones; both he and I readily acknowledge this fact. He currently works at Google Ventures, where he meets with entrepreneurs and sees new products in their first, nascent incarnations. Since the Google Ventures team has a hands-on approach to investment, Rose will also be spending lots of time working one-on-one (or one-on-several) with founders, doing what he does best: Taking a great idea and fast-tracking it, blowing it up, and turning it out.

“It’s really easy to find Series A and Series B companies that are already on a path to success, then you invest in them and double down,” he says. “The most exciting thing to me is when it’s just in the wireframe stage. It’s just a seed of an idea, and it’s the boldest thing you can do in investing.”

While Rose gets his kicks from this most embryonic form of companies, he might not be so great at the long, monotonous haul between early, rapid development and a successful exit. The process can take years, and I don’t know many startup founders who have the patience for it (hence the Silicon Valley dictum “founders gotta found”). Even those who wait out an acquisition are off to the entrepreneurial races again as soon as humanly possible.

In Rose’s own career, one example of this difficulty is his slowly backing away from Digg. The company (and arguably Rose himself) pretty much peaked in 2008, when it fielded hefty acquisition offers and took in a nearly $30 million round of capital. But as its users revolted over and over again after product revisions, Rose left the leadership of the company in other hands and sidestepped to start something new, a mobile app shop called Milk. It’s a common theme for product-fiend founders; Twitter’s band of three (Ev Williams, Jack Dorsey, and Biz Stone) gave the keys to the company to Dick Costolo and took off to run different shows just as Twitter was getting its real-business sea legs.

The most exciting thing is when it’s just in the wireframe stage… it’s the boldest thing you can do in investing.
Kevin Rose

But at Google, Rose’s strengths will work to his advantage, and his weaknesses will work in his favor. He’ll get to be as intellectually promiscuous (fellow Google Ventures partner Joe Kraus’s phrase) as he likes, and as an early-stage investor, he’ll only be involved in what are, for him, the most exciting parts of building a startup.

Early-stage investments are cheaper by a long shot than later-stage deals, but they also carry more risk. Rose isn’t intimidated by this in the slightest; in fact, he seems to get a rush from it. The wilder the idea, the better.

“I like the big, bold, crazy ideas,” he says. “Even if the idea doesn’t work out, when people go back and look over your portfolio, they go, ‘Wow, he’s really invested in some interesting stuff.'”

But on his way to making those big, wild deals, Rose has to take a ton of meetings. Today, he’s been in a string of pitch meetings and is leaving to head to more. He’s working at a frantic pace. But far from being exhausted, he seems energized by it.

“It’s this back-and-forth interactive brainstorming session between you and the entrepreneur. I just love that stuff,” he says. “This morning I met with a startup that’s doing a dating service … a mobile app for people meeting each other. The first time I met with them, we just talked high-level about the app and the idea, what he was trying to accomplish. Three weeks later, he had a working prototype on his iPhone. He pushed it over to me and said, ‘Play with it.'”

In those early stages, Rose comes in as an experienced product lead with an eye for populist features and usable designs. He’s a fresh pair of eyes seeing for the first time an app or service that the entrepreneur has sweated over for months, or even years, in some cases.

And Rose, who, like every other product guy, has worked on his fair share of bombs, can spot a failure from a mile away — or from across a tea shop table, as the case may be. “Most likely because I personally wouldn’t use the product,” he says, “I get no internal feeling of excitement. If you notice any common theme among my investments, every single one of them is something I would use and be an advocate for. That’s the key gut call that’s always been with me.”

But he’s not just looking at apps and making product suggestions. “Sixty percent of the time, it’s product,” he says of the questions that come from entrepreneurs during these meetings. “The rest of the time, it’s little, tactical things. Terms on their convertible note, little questions. … They’re afraid to ask because it’s their first time at the rodeo.”