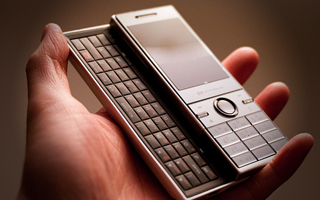 Kinvey, a startup that helps mobile developers streamline the process of building apps, has raised $2 million in seed money.

Kinvey has built an out-of-the-box backend that can make building and shipping mobile applications a lot simpler and faster. Basically, the startup attempts to “take everything that a developer finds to be mundane, a sheer pain or just hard to do, and make it really really easy,” as CEO and founder Sravish Sridhar told VentureBeat today.

The service allows developers to model an app’s data and file requirements and choose from auto-generated REST APIs and libraries to use in their own code.

“Backend cloud systems today provide developers with a classic platform-as-a-service offering, which is essentially a stack of tools,” Sridhar said. “They then expect the developer to code up the backend and put the stack together. But building and operating a stack sucks.

“We’ve gone many steps further and provided a completely streamlined experience to make it ridiculously easy to build and maintain mobile backends.”

Here’s a video demonstrating roughly how Kinvey works and why mobile developers might want to give it a spin:

Kinvey also claims to be bringing two firsts to the mobile services sector. First, the startup’s middleware and data layers are hosted across multiple cloud service providers, including Rackspace, Amazon and Microsoft Azure. With those kinds of redundancies in place, unless there’s some sort of horrific global power outage, Kinvey will not experience downtime.

The seed funding will be used to hire more talent and add new features, such as accessing more third-party data stores, managing app output and crash logs, and displaying analytics.

The company has been running a closed beta with more than 500 developers, mobile app shops and enterprises using the service. The company’s backend-as-a-service will launch publicly in the fall of 2011.

The mobile-development services sector has been a hot one throughout the past year at least. Cross-platform development tools like Particle, which launched to some fanfare last year at DEMO, have been getting a lot of attention as the need to bring apps to multiple OSes intensifies. Currently, other backend-as-a-service platforms for mobile do exist and include StackMob, Zipline (specifically for mobile games), and a handful of others.

Kinvey was founded in 2010 and is based in Cambridge, MA. The seed round was led by Atlas Venture, a Cambridge-based early-stage fund for tech and life sciences.

Kinvey also had early support, including $18,000 and a good deal of mentorship, from the Boston chapter of TechStars, a Boulder-headquartered startup incubator and accelerator program. Kinvey participated in the TechStars summer class of 2011, which comprised 12 hand-picked startups altogether.

“TechStars was a true accelerator for Kinvey,” said Sridhar. “We were exposed to the best entrepreneurs and investors in Boston and they have helped us shape our business in a phenomenal manner. These are relationships we will cherish for the rest of our lives.”