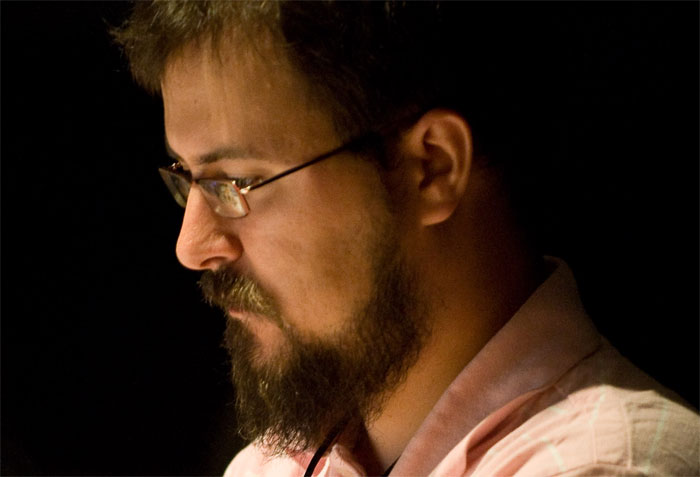 If anyone knows about influence, it’s Marshall Kirkpatrick. As ReadWriteWeb’s onetime lead blogger, he rallied Internet armies around a variety of causes and maintained a hawklike vigilance in his knowledge of web-focused events and news.

Now he’s announcing a round of funding for Little Bird, a product that aims to find the absolute experts and true influencers on any topic.

Kirkpatrick went into semi-retirement from blogging nearly one year ago to work on a startup then called Plexus Engine.

“A plexus is a place where nerves branch and rejoin in the body,” Kirkpatrick explained at the time, “and the Plexus Engine analyzes points of intersection online to detect emerging signals.

“I’ve been learning about how to do this kind of stuff for as long as I’ve been working online. The methods I’ve explored have been complicated, experimental, and challenging; but now I’m going to productize the lessons I’ve learned in a way that anyone can use them.”

Now, he explains via email to VentureBeat that while the same basic principle applies, he’ll be doing business as Little Bird.

“The name Little Bird is a nod to the old saying ‘a little bird told me.’ We’ll help you learn things that will dazzle and amaze your co-workers and friends. How did you know that? Maybe a little bird told you. …”

Kirkpatrick continued to say that Little Bird will source the people who are truly influential — not Twitter famous, not YouTube mavens, not (heaven preserve us) “social media experts.” Rather, he says, these people are “the insiders’ insiders, the violinists who’ve won the attention of other violinists, the cheese mongers’ favorite cheese analysts, the CRM expert that the other CRM experts pay attention to. In the tradition of peer review, we think in-group validation is the best way to find high quality people quickly.”

While Kirkpatrick admits these experts might not be easily bought by marketers to re-broadcast their messages verbatim, he sees these influencers as more valuable channels for gathering information than disseminating it.

“For targeted listening and learning, the most connected people are a sure bet for jumping over the learning curve and immediately engaging with the state of the art,” he wrote.

“Our marketing customers may or may not get top influencers restating their content, but they always know what those influencers are talking about before they create content of their own.”

Here’s a snapshot of the Little Bird interface: 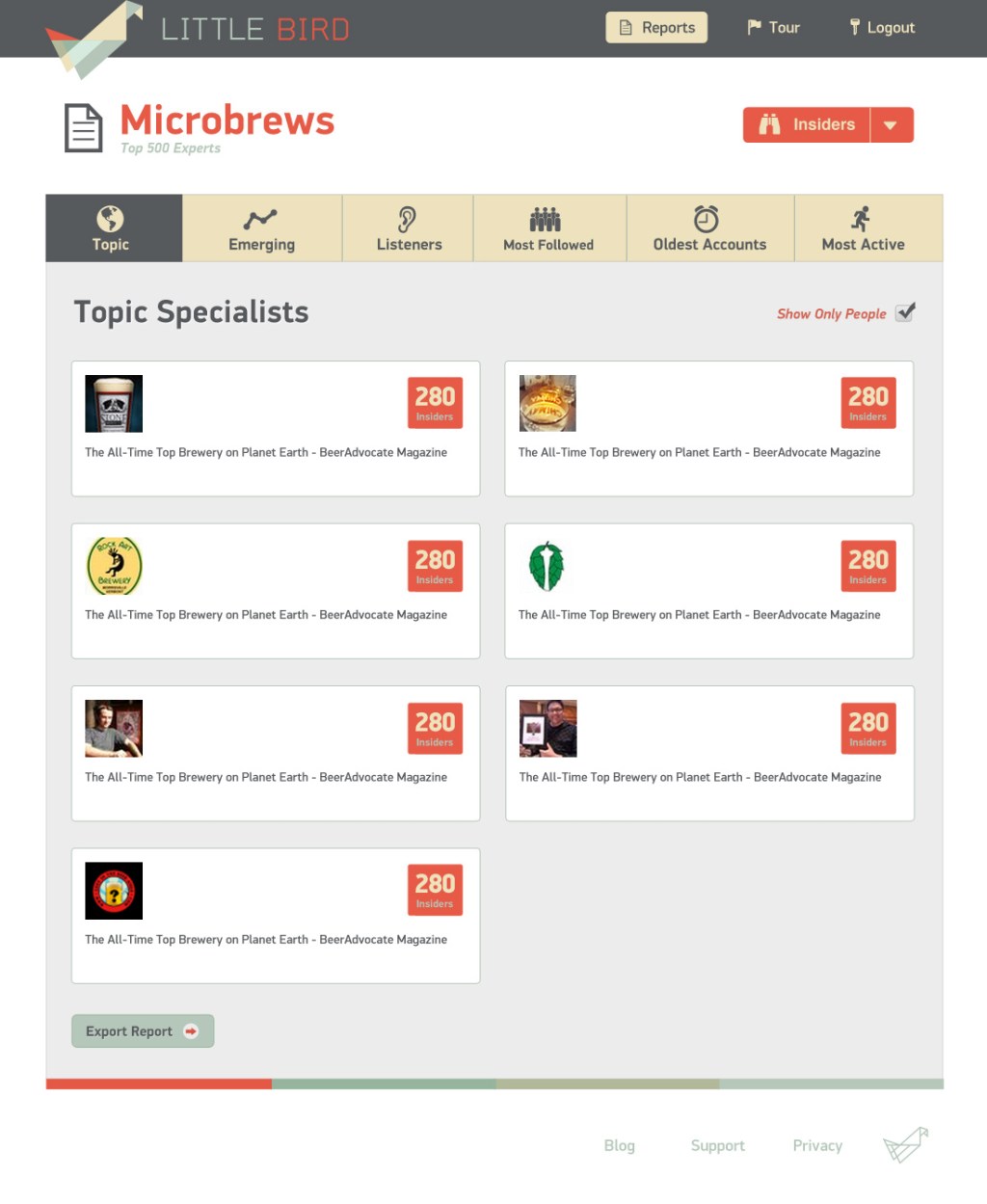 Currently, the product scrapes and analyzes data from Twitter and blogs, with Google+ information and real-time reports being added soon.

Now, on to the simultaneously irrelevant and interesting personal details: Kirkpatrick was, in the fabled days of yore, my very own editor at ReadWriteWeb, so I had to ask him whether he ever missed the rough-and-tumble world of tech blogging during his first full year of entrepreneurship.

“I miss the research and writing,” he said, “but I’ll likely do some more of it once our Robot Librarian From the Future emerges from its private beta cave and needs to stretch its wings. I’ll use it for blogging.”

As far as being the man in charge is concerned, he said, “Starting a company is hard, but it’s an incredibly fun learning experience. There’s more to be learned about hiring, management and fundraising than I can even pretend to wrap my head around.

“One specific thing I’ve learned is that it’s really important to try to stay emotionally balanced while driving full speed ahead with a team.”

A balanced entrepreneur — fancy that! Full disclosure: We wish Kirkpatrick the very best with Little Bird and look forward to seeing it in action. We also secretly hope for some kind of data blog once the Bird is up and running.