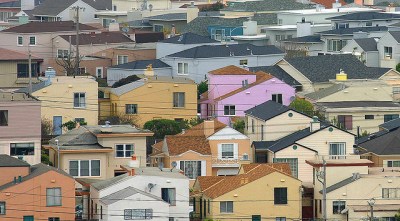 Money can’t buy you friends, but in the case of influence tracking startup Klout, money can buy you neighbors and possibly an understanding of the social dynamic linking people in communities.

Klout, a San Francisco-based company that attempts to quantify a social media user’s reach, has used a chunk of its estimated $30 million in new funding to purchase the community-centric company Blockboard for an undisclosed sum.

Blockboard makes an iPhone application designed to connect neighbors through a mobile community bulletin board. The app is currently only available to users in San Francisco neighborhoods.

“We acquired Blockboard to really invest in bringing Klout local and mobile for our users,” a company spokesperson told VentureBeat. “Everyone has influence, whether it’s in tech, or cooking, or in their local neighborhood, and we’ll integrate Blockboard’s technology, expertise and team to help fulfill that vision.”

“If you’ve been following Blockboard (or using it in San Francisco), you know that we’re all about using technology to connect neighbors and build stronger neighborhoods,” Blockboard explained in a blog post on its sale. “Along the way we’ve learned a lot about how local communities work, including the fact that people often rely on influence to build relationships with those around them.”

In short, both companies are suggesting that they can align forces to find the most influential community members in real world environments, but just how exactly Blockboard will be incorporated into the Klout experience remains to be seen.

Here’s our educated guess: Klout will tap Blockboard to understand the relationships between community members and eventually assign scores for offline influence. And should it successfully do so, the startup will mature into an influentially more significant company for advertisers and brands.

Blockboard arrived on the neighborhood scene two years ago. The company previously went by the name BlockChalk and raised $1 million in funding. Kloud declined to share financial details of the acquisition.