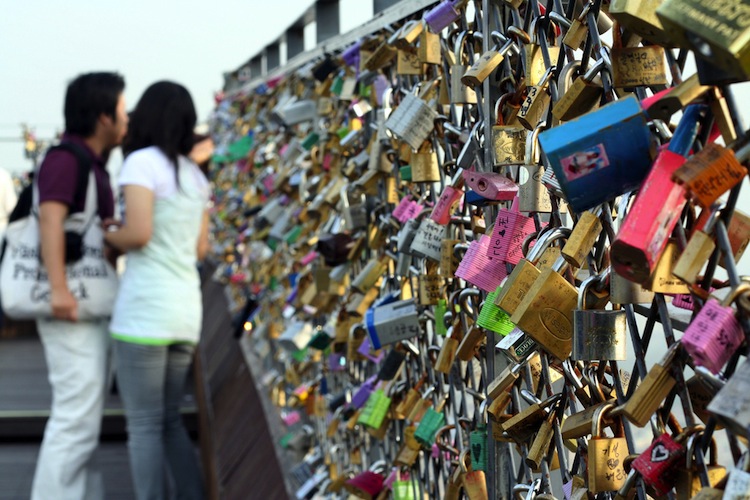 The world offers lots of ways and places in which to fall in love. France has wine and romance. Italy has The Lady and the Tramp-style spaghetti kissing. And Korea has smartphone apps.

Relationships in Korea develop just like relationships anywhere in the world. You meet someone, go on a few dates, and decide you like each other, and before you know it, you’re walking down the aisle. But while many of us find social networks equal parts creepy and addicting, three Korean startups are hooking people into putting the entire life-cycle of their relationship on the web.

I-UM, Between, and MerryMarry, placed end-to-end, cover the entire scope of a relationship, from finding one another (I-UM) all the way to when you’re ready to get married (MerryMarry). The three aren’t even connected on the business front (yet), but with their powers combined, they become the perfect trifecta of techy Korean love apps. 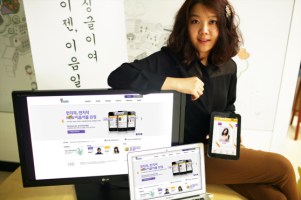 I-UM is a dating app that sends users a new potential mate every 24 hours. Founder Hee-eun Park told VentureBeat that she brands this match as your “24-hour destiny.” Like a regular dating website, people set up a profile and fill out information such as name, age, job, profile picture, interests and hobbies, schools they attended, and other things that your future significant other may want to know.

Then, each day at 12:30 pm (Korea time), the app matches you with another user and offers you that match. From there you check out their photo and bio and decide if you want to “pass” or if they are “okay.” If you choose “okay,” it’ll cost you $3 (unless you’re on the $15 monthly plan), with no guarantee that your match will approve you. You can only exchange contact information if both people choose “okay.”

Once you’ve dated someone, you can rank them on a scale of one to 10, which I-UM’s algorithm looks at when matching that person again. It is possible to see your average rank, but you’re going to have to pay to do it.

Thus far 400,000 people use the app, which is available on both iOS and Android. The company makes around $250,000 a month but currently only caters to Korea. Park plans to move next to other Asian markets, starting with Japan.

Now let’s say you’ve found your “destiny” and you’re ready to start a relationship. It’s time to move on to the next app. 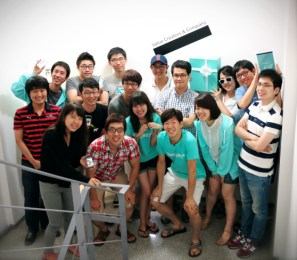 Between is a couples-only app in which you and your significant other can digitally canoodle in the form of private status updates, photos, chats, calendar events, and more. In essence, it’s a social network just for the two of you. The company’s founders, Edward Lee and Jaeuk Park, say their goal is to make Between a relationship status symbol in Korea, similar to the way a promise ring is indicative of a lasting relationship in the U.S. In their eyes, Between is a place to save the memories of your relationship on a timeline that you can scroll through when nostalgia hits.

The app, which is available on Android and iOS, recently hit 1 million users and is continuing to add new features. This includes a public space where couples can discuss things like where the best date-night place is and which movie theaters have the best make-out corners. Between may soon offer printed photo books as an a business model — one of the main things the company is still figuring out.

What if you break up? You have two options. You could delete your relationship and go back to I-UM for some more “24-hour destiny.” Or you can take a break and then return to your Between relationship, as the app will keep your data alive on its servers for one month.

But if he likes it and he wants to put a ring on it, it’s time to move on to MerryMarry. 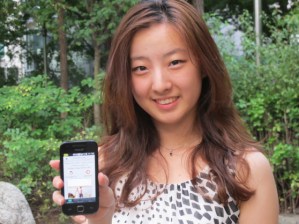 “I think after using Between it would be a very good idea to move on to MerryMarry,” said co-founder Amy Min in an interview with VentureBeat. “It’s like going to a new phase of life.”

When the wedding bells are ringing and the church choir is singing, it’s time to start planning your wedding on MerryMarry. This fledgling app is technically not a Korean company (it’s incorporated in Delaware), though its founders are from Seoul. In these early days, the app’s main feature lets you add guests to the app and distribute invitations to the wedding. The app then organizes who will attend; whether they want chicken, beef, or fish; and if they are bringing a plus-one.

You can chat with your bridesmaids and friends on the app, update family to any changes with the wedding, and plan events leading up to the wedding such as the bachelorette party and bridal shower. Min told us the app will eventually let all your guests take day-of pictures, which will then sold as wedding albums, although for now that feature is not yet available.

Min wants people to use the app not only as a way to plan the wedding but as a way to keep friends and family informed through to the end of the honeymoon. Couples can share pictures from their exotic getaways through the app. Maybe it’s good that your Grandma Ethel doesn’t know how to work a smartphone so she can’t judge you for wearing that skimpy bathing suit.

MerryMarry came out of beta this month and thus far has 1,500 users. It is currently only available on iOS devices.

If you’ve made it this far, then you’re officially out of the dating stage, done more than promised life-long love, and may even be passed the newlywed phase. What’s left for you? Well, it’s probably good Facebook recently added a “baby’s coming” status update option.

Thanks to Strong Ventures’ John Nahm for the inspiration for this post! Korea Love Wall image via hojusaram/Flickr