But the real star was Rebecca Liebman, cofounder and CEO of LearnLux. Not only did she win the competition, but she got a roster of key investors onboard. Sound Ventures doubled its investment to $200,000 (the initial prize was $100,000), and Benioff pitched in another $200,000, bringing the grand total to $400,000.

LearnLux, which is based in Boston, teaches millennials personal finance skills through online learning tools. It then connects them to the resources they need to take action.

“The financial services industry is hugely outdated and not relevant to society as it stands today,” said Liebman, in an interview with VentureBeat. “Most people think they’re bad at making financial decisions, when in reality financial services aren’t made for an evolving society.” 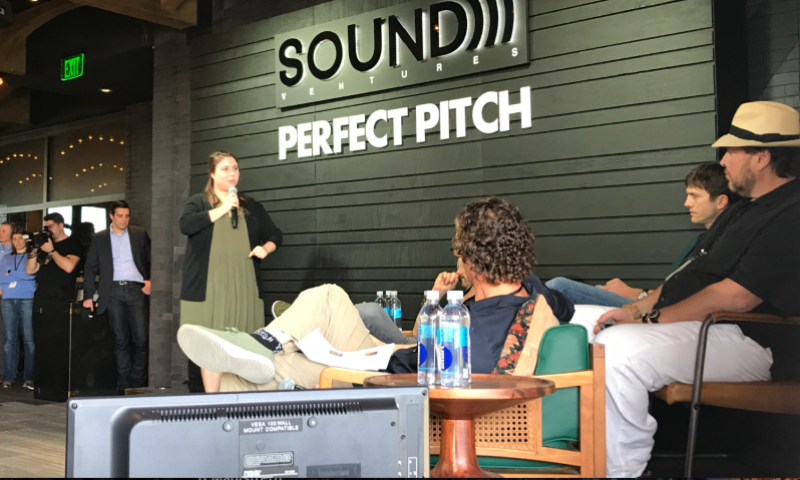 The startup offers support for a wide range of financial services, including retirement funds, student loans, investing, insurance, and credit, and it is now also starting to educate people about cryptocurrencies.

LearnLux was founded in late 2015 and currently has 10 employees.

The other four finalists were AI Software, a bot built for enterprises; Daymaker, a platform that lets kids give to other kids in need; IssueVoter, a Wikipedia for legislation; and Omnivirt, an AR/VR advertising platform for brands and publishers.

Sound Ventures says it received almost 200 submissions for its PerfectPitch competition, which it launched at SXSW. And the five finalists sure made an impression on the jury.

“They just came in unbelievably prepared,” said Kutcher, in an interview with VentureBeat. “We’re going to end up doing follow-ups with some of them.”

Sound Ventures, which was founded in early 2015 by Kutcher and Guy Oseary, invests across several sectors and stages. The Los Angeles-based VC firm counts Gusto, Neighborly, Peanut, Modern Fertility, and Hooked as some of its portfolio companies. The partners’ motto? Be open-minded.

“I think a lot of funds make the mistake of putting up guardrails around projected trends and then end up getting blinders on based on that,” Kutcher said. “My favorite thing is when we find a company that doesn’t have a defined sector yet. Then you know you’re really on to something.”

As it’s growing its portfolio, Sound Ventures brought on a third partner last year, Effie Epstein, to manage day-to-day operations at the firm.

Kutcher and Oseary are also investors in Uber, Airbnb, and Spotify through their first firm, A-Grade Investments.

When asked about the trend of unicorns (like Uber and Airbnb) staying private for longer, Kutcher said: “I believe that the vibrancy of the private markets has allowed companies to build new disruptive models that would never have been allowed on public markets.”