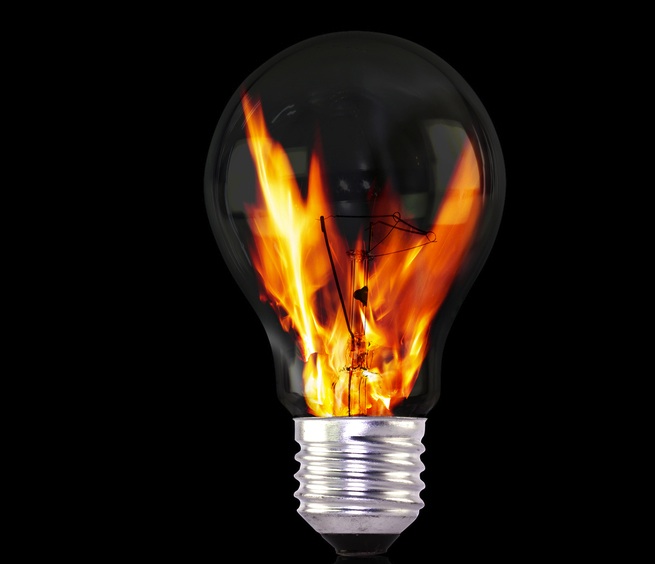 It was a rainy night in Dublin, Ireland in spring, 2011. I was recently appointed to run the Venture Catalyst unit, the startup unit of Arizona State University.

At that time, my biggest concern was how our unit would work with the technology transfer office to speed up startups coming out of patents and technologies from ASU’s $300 million research-spending each year.

Across the state, we are developing technologies at research universities as diverse as 3D facial recognition, multiple uses of algae for biotech and energy applications, biometrics and hypertext music software tools. But universities never really pushed technologies in the right way to the right people; faculty spinouts are usually more accidental than planned.

In most cases, if the professor in the research lab has no interest in a startup, and the tech transfer office doesn’t license it to a large company, then this valuable research just sits on a shelf.

Anyway, back in Dublin – it was around 3 am, I was suffering from my occasional bout of insomnia which happens when there is too much going on in my head. I was flicking through the TV stations when I stumbled upon the Discovery Channel’s show, “How it is Made”. I was half-watching and half-asleep, when suddenly I saw a block of metal going through a furnace. At that moment, a light bulb went off in my head.

That block of metal on the screen was like all the thousands of patents that universities spend millions of dollars protecting each year.

Imagine if we took all the good, really good and unencumbered technologies from our tech transfer office and really promoted them to the entrepreneurial community. We needed to start by translating dry academic research into plain English. The best research tends to be hidden within tech transfer websites in a very scientific language that many entrepreneurs wouldn’t understand.

After researching different models for startup programs across the country, I decided to offer the research as the basis for new startup creation. I would accept up to a dozen of these new companies into an accelerator-style development process each year.

From ASU to Stanford University and beyond

The Furnace idea was born. It started as a way to help tech transfer at ASU, but what about other research organizations in the state? Could we do a state-wide push through a furnace to create a lot of tech transfer-based startups?

Since the idea started to be developed in ASU ten months ago, the NSF have launched their successful Innovation Corp (I-Corp) program in Stanford with the help of Steve Blank. Furnace is, in a sense, the follow-on to a potential I-Corp project.

The University of Arizona and Northern Arizona University, as well as Dignity Health Arizona (a large hospital group with its own tech transfer office) have also joined Furnace as research partners, opening their unencumbered technologies to Furnace applicants. With almost 200 technologies on Azfurance.org  site now we are well on the way. Thunderbird School of Global Management have also joined, opening Furnace up to thousands of entrepreneurial alumni from all over the U.S.

With the recent announcement of the $550,000 in grant funding (no equity, unusual for an accelerator as they usually take anywhere from 5-20 percent of a startup) from the Arizona Commerce Authority and BioAccel, we are well on our way there too.

The word is spreading like wildfire in the local tech community. Over 140 people showed up to two information sessions in the last few weeks.

The name we chose for the program, “Furnace,” was no accident. We really are trying to develop a model that can be adapted and adopted in other locations that will help push the best federally-funded technologies out of the labs and into the hands of entrepreneurs. Interested to learn more? The application process is now live on the Furnace website.

Gordon McConnell is the Assistant Vice President for Innovation and Entrepreneurship for the Office of Knowledge Enterprise Development at ASU. He joined ASU in June 2011 in the role of Executive Director for Venture Acceleration, managing the ASU Venture Catalyst unit based in ASU SkySong which includes the Edson Student Accelerator.

During his time in ASU he has developed the pracademic Rapid Startup School initiative and created the Arizona Furnace Accelerator, the first statewide accelerator for new startups based on intellectual property.