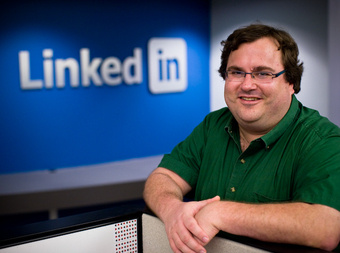 LinkedIn, a social network that connects professionals to help form new business contacts, increased the share pricing for its initial public offering tomorrow to between $42 and $45 — giving the company a valuation of around $4 billion — according to an updated filing with the Securities and Exchange Commission.

It was just 8 days ago that LinkedIn claimed a valuation of $3 billion in an amended S-1 filing with the SEC. The quick about-face to increase the company’s valuation could end up creating additional chatter about whether several Web 2.0 companies are overvalued. LinkedIn’s valuation is the first official record of the hyper-valuations many Web 2.0 companies like Twitter and Facebook have seen in recent years.

The company is looking to raise up to $217 million in its initial public offering by selling 4.8 million shares of common stock. Employees and other shareholders plan to sell around 3 million shares of LinkedIn stock as well — meaning nearly 8 million shares will be up for grabs for public investors. The latest high-profile tech stock to make its trading debut in the U.S. — Chinese social networking company RenRen — turned out to be a flop and has fallen below its IPO price of $14 to $12.73 after the company started trading earlier this month.

LinkedIn’s shares will make their trading debut Thursday on the New York Stock Exchange (NYSE) under the ticker “LNKD.” It’s one of several high-profile tech initial public offerings that landed on the NYSE over the tech-heavy NASDAQ stock market, ending the exchange’s decade-long dominance over the tech IPO market. The NYSE has dueled with the NASDAQ stock market to attract high-profile tech IPOs, but it’s traditionally been a losing battle as the NASDAQ stock market regularly plays host to the largest tech companies in the world like Google and Apple.

LinkedIn, founded by Reid Hoffman (pictured above), is a business network that’s designed to help professionals connect with other potential business contacts and get a “warm introduction” through people in their network.