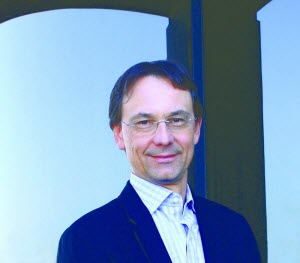 Livescribe, the maker of digital pens, has appointed Gilles Bouchard as chief executive, replacing founder Jim Marggraff. The company has also raised a new round of $10 million.

Bouchard is a 25-year industry veteran. He will lead strategic planning, product management and operations for the Oakland, Calif.-based company. Marggraff, the former CEO, will serve as a member of the board.

Founded in 2007, Livescribe is a pioneer in digital smartpens, which can record data such as voice while you take notes and play the voice back when you tap a section of the written text. As such, it’s great for students taking notes in class or professionals who have to transcribe a lot of notes.

Bouchard was previously chief executive and chief operating office of Opnext, a maker of fiber optic components for telecom and data networking companies. Before that, he spent 17 years at Hewlett-Packard in a variety of roles, including executive vice president for global operations at the end of his tenure. He oversaw a $50 billion supply chain.

He also helped the Pavilion consumer PC division get off the ground in the Americas in the late 1990s as it grew to a multibillion-dollar business. He was very involved in the integration of the supply chains after HP merged with Compaq. He also managed operations for Carly Fiorina and later Mark Hurd, and served as chief information officer.

He takes over the digital writing company at a point where the company is poised for growth. He advised the company for a while, helped it raise funds, and worked at the company since early December.

Marggraff said he has been on a “spectacular journey” developing the Livescribe products and the company now has an opportunity to expand its market.

The investors include the same group of existing investors, including VantagePoint Capital Partners, Scale Venture Partners, Qualcomm, Translink Capital, Presidio Ventures, Keating Capital, Lionhart, and Aeris Capital. Altogether, the company has raised $115 million. That’s a lot of money, but the company is promising in part because it really has no competition, except pen, paper, or tablet computers.

“We are still in investment mode and need to expand our opportunities in digital writing,” Bouchard said. “We are not at the scale yet where the company can completely self-sustain itself.”

He said the company has done a good job creating a good product with a good ecosystem. But it’s such a novel invention that it’s harder to explain.

“What we want to do now is leverage bigger ecosystems that are natural matches for us, like tablet users who want to take notes on a tablet or on paper next to it,” he said. “Those people want their paper notes available on the tablet. Our strategy will bring us much closer to this kind of solution.”

The company will probably add features such as wireless networking, opening new kinds of opportunities. Livescribe has about 100 employees. Sales of the smartpens haven’t been disclosed, but they are approaching 1 million units sold.