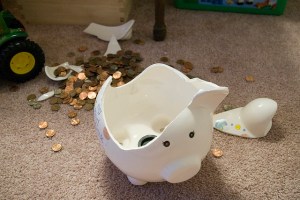 Amazon spent $175 million for a 31 percent stake in number two daily deals site LivingSocial, and in so doing bought us all the best look yet at the privately-held Groupon competitor’s financials.

Buried in Amazon’s annual 10-K filing, made public following the company’s disappointing fourth quarter earnings report, we get to take a gander at its investee’s financial well-being.

LivingSocial, according to the financial information it shared with Amazon, made just $245 million in revenue in 2011 and closed out the year with a $558 million net loss. We also learn that the book value of Amazon’s investment, or the total value of its stake, is now $208 million.

LivingSocial, like Groupon, is clearly operating in the red, and the revenue figure appears more than extremely low (so low that we question how LivingSocial is accounting for revenue), especially if you consider a leaked report from April of last year that suggested LivingSocial was on track to make north of $1 billion in 2011. But the financials, if you believe one source, may be more like abstract art than they are writing on the wall.

“The revenue would have been significantly higher had it included the company’s full international results for the year, which were boosted in part by a series of overseas acquisitions,” a person familiar with LivingSocial told GeekWire. “In addition, the bottom line was impacted by heavy marketing expenses, as the company sought to grab market share, and those expenses were concentrated heavily at the beginning of last year.”

In addition to Amazon’s original $175 million investment in LivingSocial in December 2010, it recently participated in a substantial follow-on round to help the young (and obviously still unprofitable) company put off a public offering. In furtherance of its investment, Amazon also offered a $20 voucher for $10 on LivingSocial last year. The deal was too good to pass up, and LivingSocial ended up selling 1.3 million Amazon vouchers.

AOL co-founder and LivingSocial investor Steve Case recently defended the deals company, in an interview with The Deal, as still being in the early stages of social commerce. The video is embedded below.