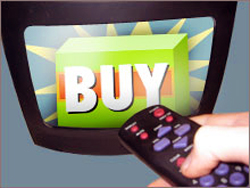 Now businesses can keep an eye on consumers checking in in TV land and the real world at the same time. LocalResponse, a company that helps businesses monitor and respond to check-ins, today announced its acquisition of Philo Media Corporation, which has created a way for TV and theatrical studios to deliver real-time messages to consumers. Financials were not disclosed.

Philo was once a TV check-in service for consumers to use for sharing what they were watching at a given time. However, the company pivoted about 6 months ago to focus on listening to what shows consumers were checking into and helping networks and studios, like ABC, then respond to those consumers through Twitter.

If this type of pivot sounds familiar, it’s because LocalResponse did the same thing. In the past, the company, known as Buzzd, was a consumer location-based check-in service. It pivoted because that market got too crowded. Instead, it focused on watching for consumer check-ins to give businesses the opportunity to respond via Twitter with custom messages.

With Philo, LocalResponse will now be able not just to look for physical check-ins, but also TV-based check-ins as well. Most importantly, the company adds to a growing list of brands using its service to engage with consumers, including major network and studio names like HBO.

Founder and chief executive Nihal Mehta told VentureBeat, “We not only plan to add Philo’s strategy and momentum for powering new local response verticals in TV/theatrical, but also in their amazing technical skillset with three new developers, including a new CTO for the company.”

Mehta also told VentureBeat that it extended employment offers only to Philo’s development team, not other Philo employees. All three of those extended offers accepted, including Jessica Rowe, who will be LocalResponse’s new CTO, as well as developers Christopher Sanson and Brian Renzenbrink.

While LocalResponse doesn’t appear to have any direction competition, one wonders if location-based powerhouses like Foursquare or Gowalla may soon offer businesses the same functionality. As for the TV check-in space, companies like Miso or GetGlue may do the same. These companies already allow brands to create badges to share with consumers.

The New York City-based LocalResponse, founded in 2007, has secured $6 million in total funding, including when it was Buzzd. A myriad of investors have put money into the company, including Verizon Ventures, Charles River Ventures and more. The company plans to raise another $3 million to $5 million shortly, according to Mehta.