Filmmaking taught by Martin Scorsese? Comedy taught by Steve Martin? Chess taught by Garry Kasparov? Tennis taught by Serena Williams? Cooking taught by Gordon Ramsay? If that sounds like some sort of fantasy school for famous expert tutors, you would be partially correct — except for the fantasy part.

MasterClass is an online platform where well-known masters of their trade serve up their expertise to Joe Public. For an annual fee of $180, you can access all classes through the web or mobile app, or pay a $90 one-time fee for access to an individual class.

Today, MasterClass announced a $80 million series D round of funding led by IVP, with participation from Atomico, NEA, Javelin Ventures, Advancit Capital, and Evolution Media. This takes the San Francisco-based startup’s total funding past the $130 million mark since its inception in 2012, and with its latest cash injection it said that it plans to grow its subscription service and expand into new categories, including business and politics. 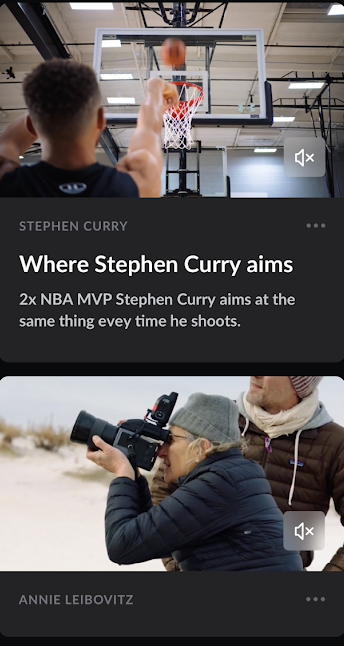 “Educational systems, both online and off, have largely avoided recruiting those who have reached the top of their fields to be teachers because they didn’t think it could be done, and if it could, it wouldn’t be done well,” said MasterClass cofounder and CEO David Rogier. “It’s a loss for humanity to miss out on learning from the masters among us. Early online education platforms tried to copy the physical classroom. That does not work. People who are out in the world perfecting their craft can’t teach in the traditional system. The problem isn’t the people, it’s the system — so we are changing the system.”

Countless education technology (edtech) startups have raised big bucks in recent years, including the likes of Coursera, Udemy, and Udacity which have scored more than half a billion dollars between them. But MasterClass is less about gaining qualifications than it is about honing skills and picking put tips and tricks from the best in the business.

MasterClass launched to the public in 2015 with three classes, and as of today it offers 39 classes that cover things like techniques and philosophies of each mentor’s chosen field, with video guides, interactive lessons, and other materials available as part of the subscription. By the end of 2018, the company plans to expand its service to more than 50 classes — today Canadian poker star Daniel Negreanu launched his inaugural class on the platform.

As a result of its investment, IVP’s Roseanne Wincek will join MasterClass’ board of directors.

“Most online education companies take the model of offline education, which was created to increase scale, and put it on the internet, which already has scale,” Wincek added. “MasterClass has gone back to the first principles of education: a master passing a lifetime of work, learning, and accomplishment to a student.”