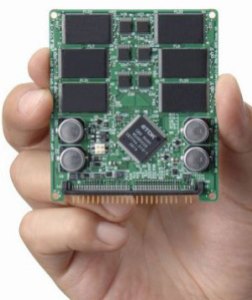 The Boise, Idaho Micron will also pay $334 million to gain 89 percent of another chip firm. Overall, the tie-ups worth $2.5 billion will give Micron a 50 percent boost in manufacturing capacity.

With the acquisition comes a number of  production plants. Elpida owns a chip fabrication site in Hiroshima, Japan. Rexchip has a plant in Taiwan, along with a testing location in Akita, Japan. Along with the increased manufacturing ability, Micron — the last U.S.-based memory maker — gains a long sought-after foothold in Asia.

“Micron has long had ambitions to acquire a rival Asian DRAM maker to boost its competitiveness. It attempted to acquire SK Hynix in 2002 for about $4 billion only to see talks fail after SK Hynix’s creditors—mostly state-owned banks—blocked the deal on concerns that SK Hynix would fall into foreign hands,” the Wall Street Journal reported Monday.

Dynamic RAM (or DRAM) chips are mostly used by desktop and laptop computers. By comparison, flash memory is primarily used by mobile devices, including cell phones, tablets and related devices.

Hynix was the fourth-largest flash memory producer, with Micron No. 2. Today’s purchase may allow Micron to make up some ground on No. 1 flash memory-maker Samsung.