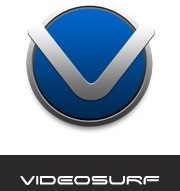 A handful of publications have indicated that Microsoft paid an estimated $70 million for the company, according to a report from TechCrunch Europe.

VideoSurf specializes in video search technology that scans several video related sites for results, such as DailyMotion, YouTube, Metacafe, Hulu and others. The site’s results focus on specific episodes of web shows, notable individuals and more. Admittedly, I haven’t used the site much, but I have noticed that it takes great care in separating viral/user-generated videos from the production quality videos (e.g. things from College Humor, Hulu, etc.).

It’s likely that Microsoft purchased the company with the intent of strengthening video search in its Bing search engine.

Founded in 2006, the San Mateo, California-based startup has 35 employees.