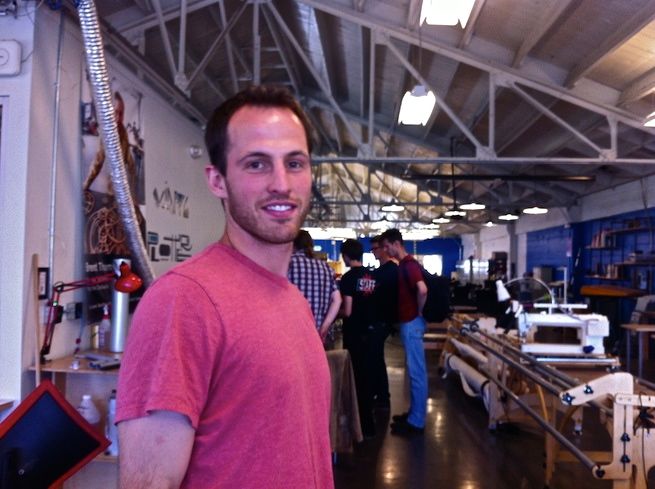 OpenROV, a mini submarine developed in a Silicon Valley garage, has been hailed by the world’s media as the key to unlocking the earth’s last frontier.

No pressure, or anything.

The 20-something creators, David Lang (pictured, above) and Eric Stackpole, did not anticipate that their open-source robot would infatuate the press or be viewed as the low-cost alternative to subs like the Deep Sea Challenger, which took filmmaker, James Cameron, to the deepest, darkest recesses of the western Pacific.

“At the outset, we thought this might be a great project to discover underwater caves that are too small for divers,” said Lang when I met up with him at open-access workshop TechShop in San Francisco, where he and Stackpole make their parts. “Our ideas for what we wanted to use it for were dwarfed by the community.”

Environmentalists and marine archeologists already say they plan to use OpenROV to discover shipwrecks in Cuba and spotlight pollution in the high seas. Treasure hunters can use the mini sub to look for gold in unchartered waters. In November, Stackpole will be headed to Antarctica as an under-ice pilot in a larger-scale, commercial grade ROV.

“We don’t want to be the wealthiest mini sub builders in the world,” said Lang. “Our goal is to have a high return on adventure.” 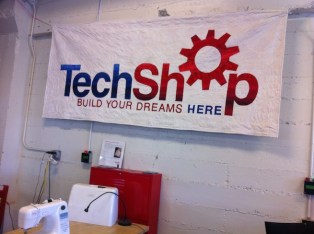 Above: TechShop, the site where Lang and Stackpole solder the submarine’s parts.

On popular crowdfunding platform Kickstarter, OpenROV took on a life of its own and far exceeded its funding goal by netting $111,622 from 484 backers.

It didn’t hurt that Stackpole was profiled by the New York Times’, and OpenROV was credited for its potential to transform underwater exploration.

Lang told me no one has used OpenROV to successfully discover any buried treasure in the ocean’s depths, yet.

The founders’ singular focus is to keep up with the demand for the kits. At TechShop, Lang and Stackpoke laser cut electronic material and plastic and hand-pack and mail the kits. Lang told me that the most common purchasers are tinkerers and hobbyists, who add their own flourishes like robotic arms, payload equipment, and additional cameras.

The TechShop chain is a recent addition to the Bay Area, and is a paradise for hardware geeks. For $100 per month, anyone can access high-tech equipment such as 3-D printers. Classes taught at one of the TechShop hacker spaces include Welding 101, and are available for a few extra dollars. At TechShop, Lang learned how to build robots and work with machines in less than six months. 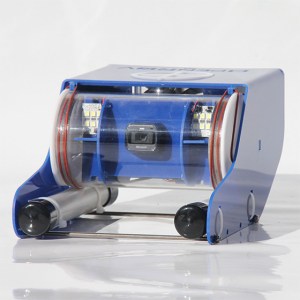 Above: OpenRov, a mini submarine, can dive as deep as 100m.

The basic prototype has been through 35 iterations and is designed to be portable and cheap. At the basic level, its open-source, remotely operated robot that can be deployed underwater and navigated in 3D using a laptop.

The little robot is elegantly simple, but the real innovation is its inexpensive parts. OpenROV is available for $750, and anyone with a knack for DIY can use it to scale the depths of the ocean, as far as 100 meters.

But if you want an underwater robot of your own, you’ll need to be a dab hand with a soldering iron, as the robot is sold in a kit filled with parts.

To keep tabs on how the robot is being used, the pair launched a company blog and discussion forum. It is already proving to be a powerful tool for small-town environmentalists.

OpenROV can be fitted with video equipment to highlight the pile-up of junk in lakes and ponds. It can go in tiny crevices, where a diver can’t. One user plans to search for evidence of plastic pollution in the unchartered, murky depths of a seabed.

“At a tiny un-touristed cove in southern Maine, I’m finding hundreds — sometimes thousands — of bits of plastic wreckage washing up weekly,” he wrote.

At TechShop, where Lang spends the bulk of his time, he tells me that these findings are the tip of the iceberg for OpenROV. “Our story is just the beginning,” said Lang, who animatedly points out a number of other cool projects that are in development.

“We do know that deep sea exploration, space exploration, drones, 3-D printing are now something that anyone can do,” he said.