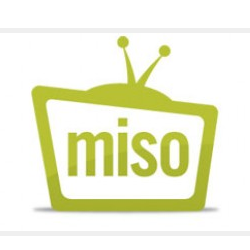 Social TV service Miso has raised a new $4 million round of funding, the startup announced on its blog today.

Miso’s service, which has about 250,000 users, works by allowing people to check-in, rate, comment, earn badges and complete quizzes while watching things on television. As VentureBeat previously reported, Miso has partnered with satellite and cable television service providers such as DirecTV and AT&T’s Uverse, to allow users to automatically pull up the show they’re currently watching through iOS or Android mobile devices.

With additional funding, Miso can continue to forge new partnerships with TV networks (such as the one it has with Showtime’s hit series Dexter). As I wrote in late September, this particular social feature has the potential to add a lot of depth to TV shows with a strong following. Shows like Doctor Who and Chuck, which fans routinely watch multiple times, would definitely benefit from Pop-up Video-style notifications.

The new $4 million round was led by Khosla Ventures, with participation from Google Ventures and Hearst Interactive Media. The 12-employee company has now raised a total of $6 million in funding to date.

Miso faces competition in the marketplace from similar services like GetGlue, SnappyTV and Foursquare.