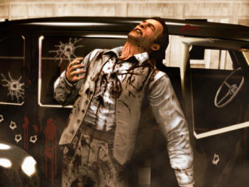 When David Maestri launched Mob Wars in January of this year, he may have made a multi-million dollar mistake.

I have learned from a handful of sources that the entrepreneur, whose popular game is one of the most lucrative apps on Facebook, both developed and released Mob Wars while still employed at Freewebs, the company that later evolved into Social Gaming Network (SGN). By the time Maestri left the company around the middle of February, the game was already a hit.

Almost any tech company makes its employees sign agreements guaranteeing the company the rights to any intellectual property they produce while employed. Freewebs was no exception. And so, in a claim filed on August 11th in Maryland (where Freewebs, is legally registered) Freewebs and SGN have hit Maestri with a litany of charges, including breach of contract, breach of duty, misappropriation of trade secrets and interference with business relations. If the case goes to court and Maestri loses, he may have to surrender not only the rights to Mob Wars, but all the money he has made from its success, as well.

And with 2,505,698 monthly active users, a success it has been. In the game, a would-be mafioso starts off as a petty thief and must work his way to the top of the crime chain, earning points by fighting opposing gangsters, doing jobs, robbing stores and casinos and exploiting underlings. The player can improve his character by spending these points on better guns, real estate, loyalty and more, and while he could spend an eternity building up enough points to become a serious baller, he can also spend real cash to jumpstart the process.

It seems that Maestri has nailed the formula. Though we don’t know exactly how much cash he’s pulling in, one source told us that Maestri is the mystery app developer that makes a million dollars a month. Now he faces the possibility of losing it all. The tragic part — for Maestri, at least — is that if he’d just waited until he’d left Freewebs to begin development, his former employer would have a far harder time making the charges stick. As it stands, his position does not look very strong. Indeed, because Maestri stayed as long as he did, the company may be right to think that the key to his success with Mob Wars was his insight into the company’s infrastructure and intelligence.

As an aside, Maestri launched the game under the alias Jason Gilbert. He also once found himself in conflict with MySpace, which apparently offered him a job when it encountered RealEditor, a profile template creator he and a friend had built. When he turned the job down, MySpace went ahead and developed something quite similar, anyway.

I’ve reached out to both parties for comment and will update if I hear back.

[Update: Maestri has reached out to say that “Mob Wars is my creation and the legal process is moving forward.” Also, the original story said that Maestri worked for SGN. Technically, he actually left Freewebs before SGN spun off into a separate entity, but this doesn’t really change his situation.]

Eric Eldon contributed to the reporting on this story