A few months ago, Natural Cycles began marketing itself as a certified contraceptive app. That’s right, no condoms or pills, just an algorithm that accurately tracks a woman’s ovulation cycle. Today, the Stockholm, Sweden-based startup announced that it has secured $30 million to continue its efforts in the women’s health space.

EQT Ventures led the round, with participation from existing investors Sunstone, e.ventures, and Bonnier Growth Media.

Founded in 2014 by husband and wife team Dr. Raoul Scherwitzl and Dr. Elina Berglund, the startup was built in response to a personal need.

“I didn’t want to take hormones anymore but couldn’t find a better, natural alternative on the market that had a proven efficacy,” wrote Berglund, in an email to VentureBeat. “My husband and I have both been active in physics research for many years, so we decided to apply our knowledge in advanced mathematics and data analysis to develop a solution that met our needs. You know what they say, ‘If you want something done right, do it yourself!’”

And so Berglund, who previously worked at the European Organization for Nuclear Research (CERN), created an algorithm that could detect and predict the fertile window — one that adapts to every woman’s unique cycle.

Women need to take their temperature every morning with a basal thermometer, enter the data in the app, and wait to see what color pops up. Green means they can have unprotected sex without the risk of getting pregnant; red indicates a fertility peak, so their partner needs to wear a condom. 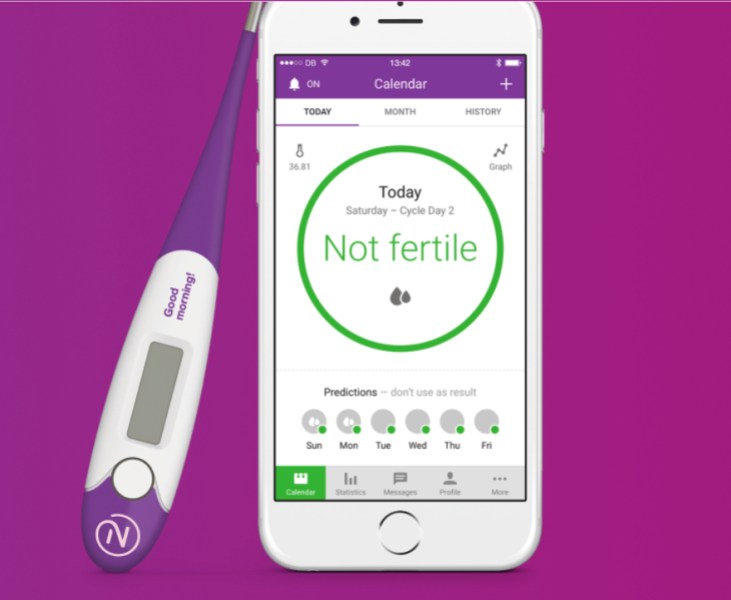 The more data is entered, the more days turn “green,” as the app can better predict a woman’s fertility. The app also learns and adjusts to women who forget to enter their daily temperature by offering more “red” days.

Today, Natural Cycles claims to have 500,000 women from over 161 countries using the app. which is available on both iOS and Android. Women can choose a monthly plan for $10 or an annual subscription for $80.

The founders claim that the app is 93 percent effective with typical use, “which is more relevant to the way in which women use the app in real life,” wrote Berglund. The statistic is based on a clinical study that gathered data from 22,785 users.

The app is certified as a contraceptive in the European Union, including the United Kingdom, and the cofounders are now looking into FDA approval in the U.S.

To date, the startup has raised a total of about $36 million. It will use the fresh injection of capital to grow its team of 40 by hiring more scientists and medical staff.

This is an encouraging initiative, especially for women in the U.S. who now face restricted access to birth control after the Trump administration declared that employers have the right to deny women insurance coverage for contraception if it goes against the employer’s religious beliefs.

If you do the math, paying $10 a month is considerably cheaper than paying $50 a month for the pill.