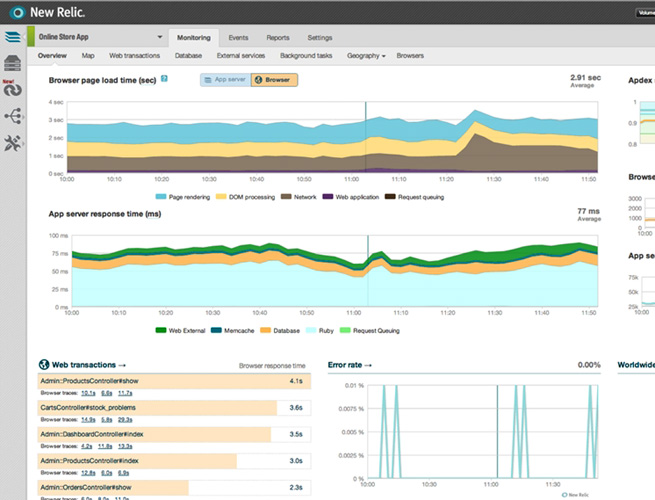 Application monitoring business New Relic has raised $80 million in fresh funding on a valuation of $750 million, cash that will help it grow, secure its place alongside other sexy enterprise startups like Box and Palantir, and prepare for an initial public offering.

“We’re knocking on the door of an IPO,” said New Relic chief executive Lew Cirne (pictured, below right), in an interview with VentureBeat. “We don’t plan to raise another round before going public.”

However, Cirne would not put an exact timeline on his IPO plans.

New Relic offers companies a SaaS-based dashboard for monitoring and managing their cloud, web, and mobile applications. Ideally, New Relic’s service makes it possible for your business to catch service disruptions and activity spikes in real-time. If a ton of users, for example, can’t access their accounts, you can find that out before the complaints start trickling in and see where the problem is coming from.

The company’s business has been booming in recent months. New Relic has seen 18 quarters of consecutive growth and grew revenue by more than 200 percent in 2012. It has attracted 5,000 paying customers to date, with more than 1,200 of those added in the fourth quarter of 2012. Big-name customers include ESPN, Nike, Sony, Comcast, E*Trade, eHarmony, Github, Groupon, and Zumba. 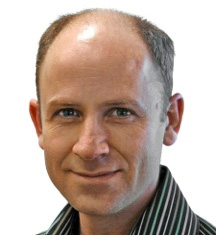 Cirne said that some of New Relic’s biggest customers are paying more than $500,000 a year for the premium level of service and monitoring. Because business is good right now, Cirne wants to use this moment to grow the company like crazy and make it a winner.

And, for his part, Cirne’s got the background to make that happen. Cirne and many on his team were behind Wily Technology, which was sold to CA Technologies for $375 million back in 2006. (Interestingly enough, CA now competes with New Relic and has sued to shut it down on patent infringement grounds.)

Next up for the company on the product front will be deeper mobile application management and monitoring. New Relic will release full plans for mobile app monitoring in a month’s time, but the focus will be on keeping tabs on the performance and speed of a mobile app. You’ll be able to use New Relic’s dashboard to see how an app is faring on different mobile networks or know immediately if an app is crashing on certain types of phones.

San Francisco-based New Relic was founded in 2008 and has 200 employees. Cirne said that the company plans to expand to between 300 and 400 employees before the end of 2013. Part of that expansion will include opening at least one European office and moving into a new office in downtown San Francisco.