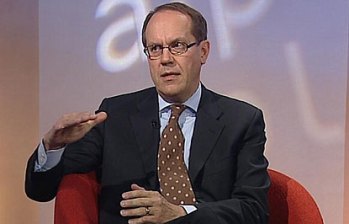 Nokia’s management house cleaning continues with its announcement today that Chairman Jorma Ollila (pictured right) will be stepping down in 2012, the Wall Street Journal reports.

News of Ollila’s eventual departure was balanced with a notable new hire: Palm Pre designer Peter Skillman has joined the company as head of user experience and services for its new MeeGo mobile operating system, according to Engadget.

The news comes a few days after Microsoft’s Stephen Elop joined Nokia as its new CEO and after its head of Mobile Solutions Anssi Vanjoki announced his resignation just yesterday.

Olilla served as Nokia’s CEO for 14 years and was largely responsible for making the company the world’s largest handset maker. He stepped down as CEO in 2006 but remained involved with the company as Chairman. Just as with the company’s recent CEO shift, Olilla’s eventual departure is a clear indication that Nokia is intent on revitalizing itself with new blood and that it wants to move away from its old guard of management — though probably not as quickly as it needs to.

The company revealed details of its new E7, C7, E6, and N8 handsets at its Nokia World event in London, England today. It also had choice words for its detractors. “We’re not going to apologize for the fact that we’re not Apple or Google or anybody else — we’re Nokia and we’re unique,” said executive vice president, Niklas Savander, MocoNews reports.

We reported on Skillman leaving HP/Palm in early August. He’s no stranger to product design and was part of the “dream team” brought together to develop the Palm Pre by former Palm CEO Jon Rubinstein. The company didn’t have much to say on his hiring, but we can expect him to bring a new level of polish to its MeeGo OS.