Looking to build a startup? You may think California, New York, or Massachusetts are the places to go kick things off. However, a recent report by WalletHub may have you thinking twice about the best place to run a business, as they have ranked the best and worst states for startups in the United States of America in 2017.

The study by WalletHub compared the 50 states across 20 key indicators of startup success to determine the most fertile grounds in which to launch and grow an enterprise. These indicators for their methodology were grouped into three basic categories, which include access to resources, cost of business, and business environment. At Tech.co, we recently covered a similar ecosystem of pillars in a report ranking the top tech cities.

Some of the key takeaways included in the report were as follows: 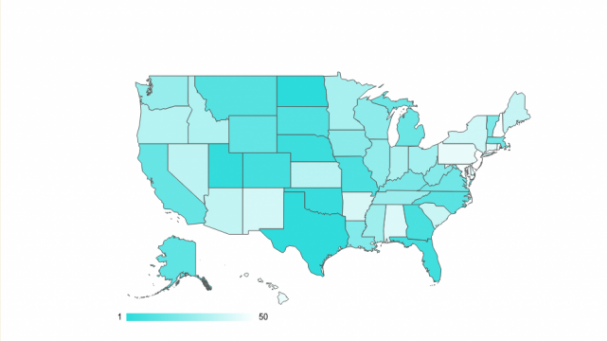 The full rankings of the top 50 states for startups are shown below as ranked by WalletHub.

While I was initially surprised to see North Dakota at the top of the list, I remembered that we’ve covered the growth of startup ecosystems like Fargo in the past and they have done nothing short of incredible work across the board. Even CoSchedule, one of the top startups in our Startup of the Year program last year, hails from the great state of North Dakota.