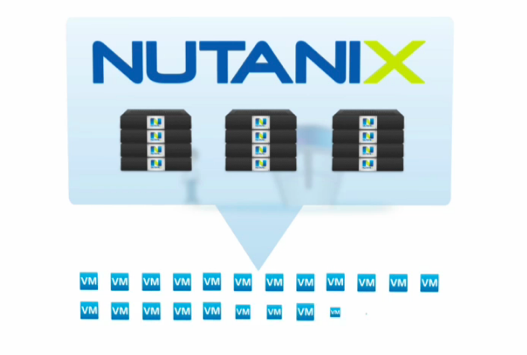 Virtualization software company Nutanix has raised another $33 million — this time with a little help from Goldman Sachs.

The company’s value comes from the unique way it handles server virtualization: Unlike most other systems, Nutanix’s own combines both storage and computing into a single box. This makes life for the average IT manager vastly easier, as it cuts down on data center footprints. That, in turns, means lower costs on server infrastructure as a whole.

Nutanix says the cash infusion will go to bolstering its sales and marketing teams, which will be key as the company battles against larger incumbents like IBM and EMC.

The latest round in funding joins the $38 million Nutanix has previously raised, brining its total to $71 million. The funding was headed by Lightspeed Ventures and Khosla Ventures, and supported by Battery Ventures and Goldman Sachs.

The interest by Goldman Sachs is telling, as it strongly hints that Nutanix is prepping its own initial public offering.

Nutanix’s clientele is populated by companies in a variety of industries, including healthcare, education, finance, and technology. Even the U.S. Army is a Nutanix customer.

Run from San Jose, Nutanix was founded in 2009 by CEO Dheeraj Pandey and  CTO Dr. Mohit Aron, former engineers at both Aster Data Systems and Zambel.