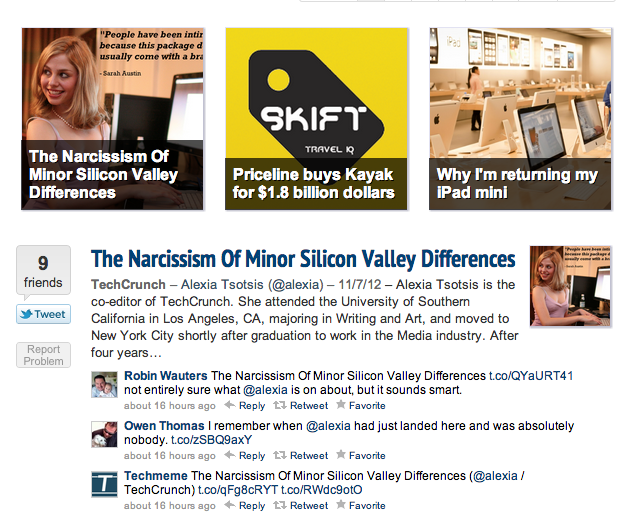 Social news aggregator Nuzzel has secured its first round of funding just a few months after its launch.

Jonathan Abrams’ startup pulls together relevant news from your feed and delivers it to you on a dashboard and in daily email. Abrams is the cofounder of social network Friendster. Read more about Nuzzel’s launch.

Invited to join the beta? Sign in via Twitter, and the site will immediately get to work aggregating news stories that your friends are posting and commenting on.

The majority of the people I follow work in tech, so the top stories include Priceline’s purchase of Kayak and Bravo’s polarizing Silicon Valley reality TV show. However, Nuzzel has a “news you may have missed” section, which displays stories shared by an extended network on a broad variety of topics.

Until today, Abrams had built the site single-handedly, and he did not receive any external investment. The idea for the site had been brewing for several years — Abrams told me he often turns to Twitter as a source of tech news.

Clearly, he had no trouble pulling in funds for the startup; Abrams currently runs Founders Den, an elite co-working space in San Francisco alongside Zachary Bogue of Data Collective. Bogue was one of over a dozen seed investors in Nuzzel’s first round.

The list of investors reads like a veritable Silicon Valley who’s-who. It includes Dave McClure of 500 Startups, Eric Ries of The Lean Startup, George Zachary of Charles River Ventures, Ronny Conway of Andreessen Horowitz, and Jeff Clavier and Stephanie Palmeri of SoftTech VC.