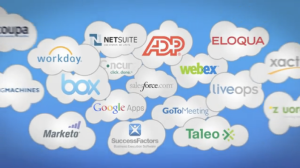 This round was led by Greylock Partners with participation from new investors Khosla Ventures and existing investors Andreessen-Horowitz and Floodgate.

People are scared of the cloud. A cloud is big and opaque; it is easy to be fearful that cloud security is opaque as well. According to chief executive Todd McKinnon, Okta has a product that can comfort enterprise executives looking for secure access to the cloud.

Okta, which launched its product in January, provides a safe access point into the cloud for multiple employee usage. Originally, the company targeted mid-sized enterprises. But since launching, larger enterprises want in on the action.

Companies such as pipeline equipment supplier T.D. Williamson and AMAG Pharmaceuticals use the service, as well as big-name mid-size companies like LinkedIn and Pandora.

“They see the cloud as the future of corporate IT,” said McKinnon in an interview with VentureBeat. “It’s a very robust business.”

The funding will be used for product development, including a new feature allowing managers to track access and actions made in their cloud. The auditing system will automatically log who signed into the system, where they signed in from, and any tasks they executed.

Also in the works is an app-store interface, where cloud masters can browse services and applications for purchase. Rather than a mobile entity, as many appstores currently exist, this would take place on the web. Products available in the store are pre-Okta-approved and guaranteed to work within Okta’s security parameters.

“This is critical because the biggest barrier to cloud adoption is the concern about security,” said McKinnon. 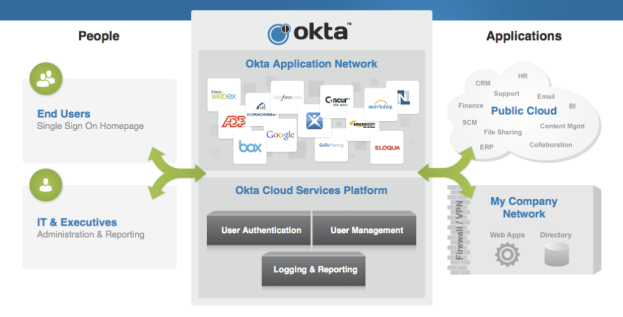 Technically, however, Okta didn’t immediately need this round of funding, McKinnon said.

“Frankly,” said McKinnon, “we had some of [our first $10 million round] left. We could have run several more quarters.”

But McKinnon wanted to make sure Okta could scale to meet the demands serving large enterprises. To continue building expertise, McKinnon added David Weiden of Khosla Ventures as an advisor as well as Aneel Bhusri, co-founder and co-chief executive of Workday to its board of directors.

McKinnon spoke of Bhusri, “He has a pretty unique perspective. He’s the co-CEO of a growing SaaS company and he’s seen the evolution of cloud in the enterprise first hand. He sees the importance of what we’re building.”

As for competitors, Okta is keeping an eye on the big dogs, like Microsoft, VMware and Oracle. McKinnon believes, however, that Okta’s size gives it speed and agility when innovating. Additionally, the fact that Okta is a native cloud service makes it competitive.  According to McKinnon, Okta is not bogged down by software downloads, and other features that make cloud protection bulky.

Okta was founded in early 2009 and currently has 36 employees headquartered in San Francisco. The company received $27.5 million to date from Greylock Partners, Khosla Ventures, Andreessen-Horowitz and Floodgate. Andreessen-Horowitz provided the company with a $10 million first round last July.