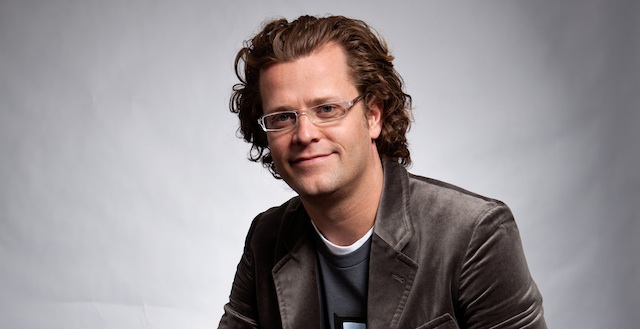 Omniture cofounder and former CEO Josh James has unveiled his next act: Domo, a business intelligence dashboard for executives.

The company emerged out of James’s frustration with not being able to get real-time business data on the company he was in charge of (Omniture).

“When I was a CEO of a publicly traded company, I’d have access to all these different systems, but if I wanted to know what my cash balance was, I could probably go back into my email and find a 2 week old report,” James told VentureBeat.

After cofounding Omniture, he led it to its initial public offering in 2006 and subsequent $1.8 billion sale to Adobe in 2009. He left Omniture in July, 2010.

James acquired Domo, formerly known as business intelligence company Corda, after raising his first round of funding. The company announced the funding and name change on Wednesday.

Benchmark Capital led the round of $33 million. Domo previously raised a $10 million seed round.

Salt Lake City, Utah-based Domo will give executives and managers a single, customizable, sharable view of the business metrics that matter to them, James promised. Domo will deliver it as an online service, similar to the way Salesforce.com, Omniture, Microsoft’s Office 365, and other software-as-a-service (SaaS) solutions work. It will aim at collecting a slice of the estimated $10 billion annual market for business intelligence services.

The goal is to make a service that’s easy for executives to use in order to find the reports they need, customize them, and share them with other people via social networks, all without intervention from their IT department.

It’s possible to do this, James said, because so many software packages used in businesses today have application programming interfaces (APIs) that let them interact with other software.

“I’m very glad people have spent $10 billion a year collecting data, organizing it, and putting it in a box,” James said.

Matt Cohler at Benchmark led the firm’s investment in Domo. Cohler likened Domo’s focus to other enterprise SaaS companies in the Benchmark portfolio, such as Zendesk and Asana. But he pointed out that Benchmark also has a strong interest in consumer-facing companies, such as Instagram, Quora and Twitter, and that Domo fits into the broader “consumerization of IT” trend, meaning putting control in the hands of end users instead of IT professionals.

“This company fits really squarely into the sweet spot of what we’re really passionate about,” Cohler said. And of James, he enthused: “He is truly world-class as an entrepreneur and CEO.”

Photo of Josh James by Derek Smith, courtesy of Domo.