Finding a job is hard for anyone. But when you’re fresh out of college, with few professional contacts and crippling loans to pay back, finding that first job can be even more stressful. Pathrise wants to help by offering a free coaching and mentoring program to teach students essential job skills. These include refining resume and portfolio presentations, prepping for job interviews, and adopting negotiation techniques. Students then pay Pathrise 7 percent of their first year’s salary once they are hired.

This echoes Y Combinator’s (YC) model: investing in startups in exchange for a 7 percent equity stake in their company. Pathrise, which is enrolled in YC’s current batch (Winter 2018), is trying to replicate the accelerator’s model by investing in students who show promise.

“Anyone can apply,” said Pathrise cofounder and CEO Kevin Wu, in an interview with VentureBeat. “They are then put through a light technical evaluation process. We have students applying from all over the country, from Stanford and Berkeley to Arizona State.”

True to the YC model, Pathrise goes through batches, which usually count around 30 to 40 students. The program is taught entirely online, with a mix of workshops, small groups, and one-on-one sessions from advisors who work at companies like Dropbox, Facebook, and Google. 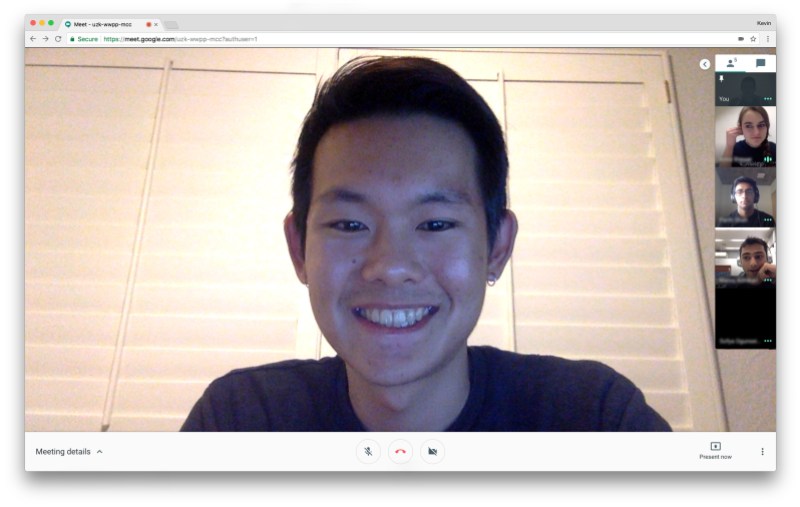 Above: Online tutoring and mentoring

The time it takes for a student to be placed is usually three to four months, says Wu, and the core curriculum is taught in the first month. “But we stick by you and support you until you get a job you’re happy with,” he added. He says Pathrise has placed 100 percent of an experimental pilot batch of students. Since the official program launched in January, 50 students have enrolled in Pathrise, with the enrollment rate doubling each month, according to Wu.

Pathrise says it will run 12 batches per year. Although it is currently focused on the tech sector, it plans on adding new verticals in the future, starting with business.

This income-based tuition model is a smart way to help the economy by teaching millennials valuable job skills. Other startups in this space include MissionU, which raised $8.5 million last year for its debt-free education program, and Lambda School, which recently raised a $4 million seed round from YC and others for its computer science academy.

The idea of helping individuals achieve their career goals isn’t foreign to YC. Its president, Sam Altman, is a big advocate of the principals behind universal basic income (UBI), which would give people enough money to live on with no strings attached.

Since Pathrise was founded in February 2017, it has raised a total of $120,000 from YC and has received a small grant from UC Berkeley. Wu and cofounder Derrick Mar are currently the only full-time employees.